With the lockout now a thing of the past we are immediately propelled into the furious Free Agency period. But this year is unlike years past. Signings will happen with a faster pace as teams scramble to lock in players before training camp opens in a few weeks.

So here is a list of the Top 5 Free Agents and where I think they will land.

Hope you are all ready for the NFL Free Agency period, if you blink you might just miss all the action!

Orton has been castoff despite putting up good numbers for Denver and the Chicago Bears. He is only 28 years old and has had a consistently decent career. Not an Elite Quarterback but consider what he has done with a non-existent receiving corp in Chicago and a mediocre-at-best one in Denver (despite his time with Brandon Marshall).

I see him being traded for a 2nd or 3rd round pick to:
Miami Dolphins

I’ve always contested that Asomugha is the best corner in the league. You would probably agree if Asomugha got as much exposure and recognition as a Darrell Revis, but that’s the difference between playing in New York and playing in Oakland.

Asomugha wants to play for a contender and I don’t blame him. He virtually shuts down one side of the field. I can’t understand how the Jets would be able to financially land Asomugha, with all of their needs and limited cap space. But wouldn’t a Asomugha/Revis defensive backfield be scary?

Truth it, Washington will repeat the Albert Haynesworth junk of a few years ago. They already have Deangelo Hall who has played really well, so this solidifies a solid Defense.

It’s a shame McNabb has never had a true receiving corp. It’s also a shame he never seems to get the respect he deserves in the league. Cast off by Philly and insulted over and over again by Washington, McNabb is a shell of his former Pro-Bowl self at this point in his career.

But McNabb could be a great fit with a team that has explosive offensive pieces around him. McNabb can manage as game just fine (despite what T.O has said) and could help get a team over that Playoff hump.

Hasselbeck leaving Seattle makes no sense to me. I’d hope they had enough brains in Seattle to resign him, considering their current QB situation. A playoff team that with a healthy Hasselbeck could challenge for the Wild Card yet again.

This is pretty much a done deal. Kolb to the Arizona Cardinals 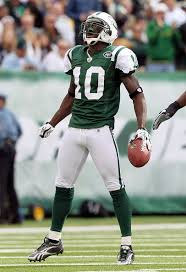 Here is where things get tricky for the Jets (or messy). They have two of their top receivers in free agency (Holmes and Braylon Edwards) and both will demand a lot of money. It may be easier for the Jets to resign Edwards, especially if they want cap space to go after another big free agent.

But Holmes is too valuable, too clutch and too damn good to let go. Therefore expect the Jets to focus on resigning Holmes immediately.

But it call comes down to money. 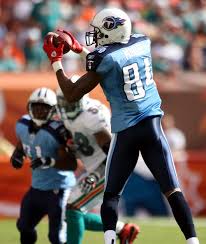 Randy’s best years are behind him. Who knows where he will sign. The bigger questions is how good is Randy Moss at this point in his career?

Williams is by far the top Running Back in the market. I honestly would be shocked if he didn’t sign with the Miami Dolphins who have a major hole at Running Back with the Free Agency of Ronnie Brown and Ricky Williams.

The Phins drafted a great RB prospect and may make a play for Darren Sproles but they still need a 3 running back committee to operate their offense. Don’t be shocked to see Ricky Williams return to Miami for one final contract.

If you love football, then chances are you love playing Madden! Did you know that there are hundreds and thousands of twitch channels that are streaming Madden gameplay? You can find these channels and stay up to date with the latest twitch news all in one spot.