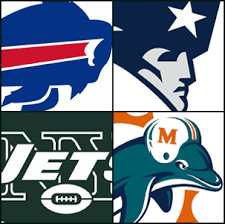 As we head into the 2011 NFL Season we start our NFL Outlook series that will provide an opinionated forecast of how each division will pan out.

We start with the AFC East which should be one of the more interesting divisions to watch in the NFL this season. Once considered one of the most competitive divisions in football the recent plights of Buffalo and Miami have made the AFC East a two-pony race.

But Buffalo has improved and Miami has certainly gained more talent. The question is how all of this will unfold in the 2011 season. Will there be change? Who will emerge? Who will surprise? 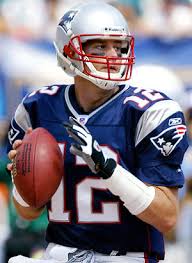 The Pats spent most of this offseason mimicking the Washington Redskins by picking up every Free Agent on the market. Seemingly to trump anything the Jets were thinking of doing.

Tom Brady is poised to have a strong year in 2011 and with Chad Ochocinco joining the receiver corps, Brady will have more weapons to utilize.

The Patriots are the team to beat in the AFC Easy despite what Rex Ryan wants you to think. The Patriots improved by adding depth. Injuries tend to run rampant and the Pats added talented, veteran players to their roster. The additions of Shaun Ellis and Andre Carter will be interesting to watch.

Alert the media, Rex Ryan predicts a Super Bowl for the Jets. Getting a little tired and annoying at this point. No doubt that Ryan is perhaps the best coach to play for in the AFC, but at what point does his bold predictions and outlandish statements start having no effect?

Regardless, the Jets should be right in the thick of things once again this season. Mark Sanchez is improving every game and really harnessing the leadership role for this team. The re-signing of Santonio Holmes is the biggest offseason move they made. You cannot replace a player that important.

The head scratching comes with all the acquisitions the Jets made in the offseason. Although I love the addition of Plaxico Burress and the departure of an unimpressive Braylon Edwards it still doesn’t make sense. With Edwards, you know what you’re getting. With Burress you’re hoping he can return to form at 33 after being out of football for 2 seasons. Big risk to take.

The defense took a major hit with the loss of Shaun Ellis and Jason Taylor. Sure the production both players offered may haven’t been much to brag about, but the experience and the leadership qualities both gave the Jets were invaluable.

Still at the end of the day the Jets will be a team that cannot rush the passer. They failed to improve that glaring hole in their defense through free agency and the draft.

Instead, the Jets chased Nnamdi Asomuogh (for a position that wasn’t a “need”) and added first round bust Aaron Maybin who was tossed to the curb by Buffalo and has yet to record his first career sack.

This is where things get interesting in the AFC East, starting in Miami. A lackluster 7-9 team in 2009 & 2010, the Dolphins revamped in the offseson.

They rid themselves of anemic offensive play caller Dan Hennig, running backs Ronnie Brown and Ricky Williams and added speed and talent to the offensive side of the ball.

I love the addition of Reggie Bush to Miami and the drafting of running back Daniel Thomas. It adds a true “Power & Speed” aspect to the offense. It also opens up the field for Brandon Marshall and Devon Bess.

A young and rising defense got a lot better with the addition of linebacker Kevin Burnett from the San Diego Chargers #1 Ranked Defense. This will be a major upgrade from the disappointing Channing Crowder who failed to make a major impact after signing a huge contract in 2009.

The growth of a young, impressive secondary will be fun to watch in 2011. Vontae Davis is emerging as a legit cover corner who can actually tackle. Sean Smith is one of the biggest corners in the league but has yet to show his true hands skills. Reshad Jones has improved greatly since his rookie campaign in 2010 and is putting some major heat on last year’s starting Free Safety Chris Clemons. Expect Jones to take that position and keep it in 2011. 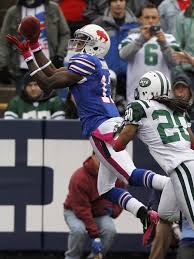 A 4-12 team last year and a team that hasn’t been much of a “force” in the NFL for close to a decade now. But the Bills always play their division rivals pretty tough and should be able to steal a few games from the Pats, Jets and Phins.

This is what makes the AFC East so interesting to watch. The Bills are improving and coach Chan Gailey is doing a good job installing a stable foundation to build upon.

The Bills will be a better team in 2011 and the additions of Brad Smith (Jets) and Tyler Thigpen (Dolphins) provide depth and versatility.

Shawne Merriman and rookie DT Marcell Dareus should bolster an already decent defense. Provided that Merriman can stay healthy he should some serious value to the Buffalo defense.

Expect WR Steve Johnson to take a big step forward this year as he is now Buffalo’s number 1 receiver after the team traded Lee Evans to Baltimore.

Carson Palmer and the Cincinatti Situation