Sit-Sit Jorge!! Time for the Yankees to Make a Move
Advertisement 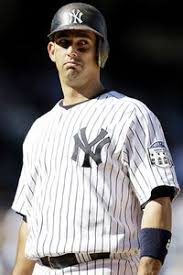 Eventually it had to happen. Sooner or later Jorge Posada would be a bench player. But nobody really wanted it to happen. Posada is a very likeable Yankee, a member of the “Core 4” and a proven winner.

Throughout his career he has shown class, professionalism and durability. Being a catcher wear and tear took it’s toll on Posada’s knees and hands and although he was behind the plate more than most catchers in the Majors since the 90s, he still had to come face to face with age and the fact “I just can’t do it anymore”.

It was evident last year particularly behind the plate for Posada who could call a great game but no longer had the arm strength to throw out any base runners. It was almost an automatic stolen base when stealing while Posada was at the backstop. Especially in the Playoffs, the Yankees suffered for Posada’s weakness.

This year they squeezed Posada in the DH spot, hoping to get what little life they could out of his bat. Unfortunately a slow start and a miserable season (aside from a month long stretch of hot hitting) would further prove the “End is Here” for Posada.

Batting .230 with 9 Homeruns Posada is essentially a “swing for the fences” player. He has hit 13 doubles, 0 triples and already has over 60 strikeouts.

The Yankees have a dilemma to deal with. They have the hot hitting Eric Chavez playing very well and the man Chavez replaced in the lineup, Alex Rodriguez, a little more than a week away from returning.

But another sign the “End is Here” for Posada is the rumors of the Yankees calling up elite catching prospect Jesus Montero to play in the DH spot. 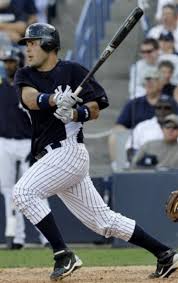 Montero is tearing it up in Triple A again this season, batting .289 with 11 homeruns and 51 rbis. According to numerous scouts Montero is more polished, complete and has made terrific strides defensively behind the plate, which was a question in the past.

Nobody had ever questioned Montero’s bat. But in prior seasons many scouts wondered just how good he was behind the plate. He lacked the ability to put all his defensive potential together. Nobody ever doubted how strong armed he was, but many contested he lacked balance and footwork.

But entering spring training Montero showed tremendous improvement behind the plate and he has continued that rapid development in Triple A.

So now comes the point in Posada’s career, much like it did for Joe Girardi when Posada started developing, to step aside and take a lesser role.

When Montero is called up hat would give the Yankees a batting lineup (in no order) of:

Aside from a pinch hitting or matchup situation there really is no point in batting Posada at all. His numbers are rough this year and showing him respect by placing him in the order creates a big weakness for the Yanks. 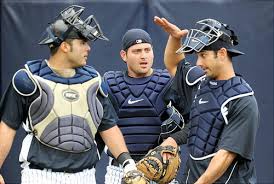 Not one person can ever question the type of player Posada was but we can certainly come to terms with the player that Posada is. And in a run down the stretch into October do we risk capturing lightning in a bottle with Montero, Martin, Chavez and A-Rod in the lineup for paying respect to Posada?