A Case of the Sundays: September 26th, 2011
Advertisement

Week 3 is coming to a close and boy did we have another weekend of some exciting headlines. From surprise scores to major injuries, Sunday of Week 3 had it’s share of trending topics.

Aside from the obvious headlines I’ve learned my Fantasy Team sucks (1-3) and just took another major hit with the season ending injury to Kenny Britt. On top of that I’ve learned that Knowshon Moreno and Reggie Bush are proving to be my biggest Fantasy Draft Busts, thanks guys!

So in the latest edition of SportsRantz.com’s series “A Case of the Sundays” we touch on a few of those headlines and other things that stand out to just another sports fan playing armchair quarterback.

The Buffalo Bills are Legit

I’ve heard enough on this topic since the Bills surprised the New England Patriots yesterday and pulled off what many thought was an improbable victory against Tom Brady and the Patriots 34-31. That banter is that the Bills still need to prove this isn’t a fluke.

I beg to differ. The Bills came in and bat 3 very good teams. They destroyed the Kansas City Chiefs, who were considered a favorite headed into Week 1. They then won a shootout with the Oakland Raiders, who are a solid football team (ask the New York Jets). Yesterday they bat the Pats for the first time since opening day 2003.

Regardless of what these analysts and doubters may say, the Buffalo Bills are good and have proved they are to be contended with this year.

It’s funny, if this were the Cowboys, Patriots, Steelers or Giants the media would be stamping their ticket to the Super Bowl.

But not having the accolades seems to serve the Bills well. Speaking from a fan of a team at the bottom of the AFC East, I see a team that drafted right and rebuilt the team from the inside out. They primarily have focused on the interior lines and the results are indicative of an organization that makes a Dolphins fan wish his Miami team would take notes from Buffalo. And who would have ever thought that would bare some truth?

The only thing that worries me about Buffalo is their slow starts. You can’t continue to be solely a 2nd half team. They need to play 4 quarters of high-octane football instead of just 2. 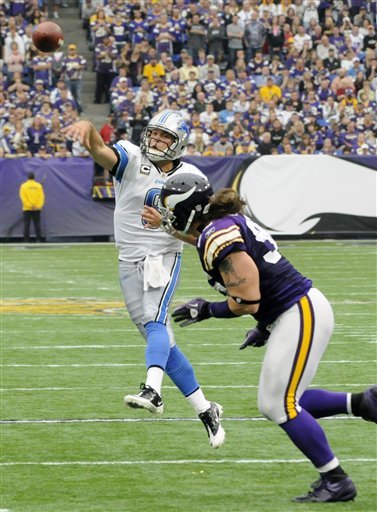 The Detroit Lions are Finally Giving Detroit Some Hope

I said this heading into the season to watch out for Detroit. They were young, talented and built for a bright future. I even toyed with the thought of blogging about their season from game to game this year. But alas my workload is a bit overwhelming and honestly I could not fit that blog into my schedule.

But I have been watching this team and they look like they are finally gelling. Most of that certainly is due to Matthew Stafford finally being healthy (crosses fingers) and Detroit showcasing what “team chemistry” is all about. The Philadelphia Eagles, I mean the “Dream Team” should follow Detroit’s lead.

Yesterday Detroit was behind big early on to a veteran Minnesota Vikings team that put a 20-0 lead on the scoreboard by the end of the 1st half. It took a lot of poise and maturity to come out in the 2nd half and push the game to overtime. Double digit leads are steep mountains to climb for any team in an NFL game.

So Detroit showed me a lot yesterday. Say what you want about how good Adrian Peterson, Donovan McNabb and the Vikings really are but the NFC North looks like a two-team race between the Lions and the Green Bay Packers.

Julio Jones & Roddy White are going to be a Problem

Okay so I am well aware that the Atlanta Falcons lost yesterday. They lost to a really good Tampa Bay Buccaneers team that shouldn’t surprise anyone these days. But I made an interesting note about Roddy White and Julio Jones.

We already know what Roddy White is capable of. He’s a perennial Pro Bowler and has been a fantastic target for Matt Ryan but the addition of Julio Jones will give Atlanta one of the best Wide Receiver tandems in the league.

Sure, Jones’ stats aren’t exactly “eye-popping” right now but he’s a force on the field already and once he gets over the usual “rookie obstacles” he should develop into a dominant receiver.

He’s big enough, athletic enough and seems to be a lot faster these days (maybe it’s the turf). Pairing that force up on the opposite side of Roddy White poses a lot of issues for any NFL team. Putting Tony Gonzalez in the middle is just a crime.

Imagine when they all get rolling and hit max potential. 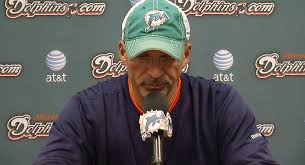 The Miami Dolphins are the worst organization in football

I’m utterly sick of this organization from every level down. I’ve lived and died with this team since I can remember (since the late 80’s).

Watching this team lose to the Cleveland Browns was difficult. But difficult because of a few things.

First I tip my cap to a good Browns team (shout out to Browns’ fan Jennifer Rukavin) who despite losing Peyton Hillis for the game still managed to develop a solid running game. But I watched the stadium crowd. Despite the long years of being in the NFL basement, the Browns faithful packed that stadium almost every single game. Although frustrated, depressed and miserable they still supported their team. Even the Bengals can say this!

In Miami I cannot say the same. I understand the fans’ frustration and trust me, I know it may be hard to pay for a ticket to see a team that just is a mess, but the Dolphin fan base has been one of my biggest gripes. The fans failed to get behind Chad Henne (instead publicly booing him and bashing him) who is now developing very well. They barely halfway fill the stadium or show support. It seems the bigger Dolphin fanbase is outside of Miami, Florida.

Stephen Ross is a terrible owner. Stick to real estate. Every aspect of your handling of this organization has been “piss poor” at best. Surely it is great that the owner is willing to spend money but the way you’ve spent it has been poor. You turned homegames into a sideshow spectacle of celebrities and entertainers. Nice way to create some disconnect with the fans. Please leave and take your entire front office with you.

I was a huge Tony Sparano guy and I like him but he has no place in the NFL as a Head Coach. Say what you will about the Dolphins but they are stacked with young talent and should be a lot better than they are playing. That falls on the coach.

Aside from that you are a self proclaimed “Offensive Line Guru” yet from Day 1 the O-Line has taken a major step back season after season and this year is killing them.

In a perfect world for me Dan Marino would come back and take over as President of the Dolphins, much like John Elway in Denver. He would then tell his TV sidekick Bill Cowher to join him and build a dynasty…sigh, one can dream.

So that folks are my highlights for this edition of “A Case of the Sundays“. I know there were a good number of games to touch on, but these are the ones I dedicated some time to and thought would make the list. Feel free to share your thoughts!

An Agent for Success