An Agent for Success
Advertisement

There are many personalities within the sports world. Every sport, team and athlete makes up the foundation of what we refer to as the sports world. Few people are privy to the happenings behind the scenes of a sports athlete. Beyond the training, beyond the interviews and beyond the autograph sessions.

Beyond all of that lies one of the misunderstood positions in sports. A position where the likes of Drew Rosenhaus & Scott Boras have drawn the spotlight. A spotlight that brings to light not only the success of the agent, but has also left a stereotype of what exactly an agent is and how one conducts himself.

While the antics have sometimes left most sports fans a bit disenchanted with the agent there can be no argument about the success they achieve for their clients and themselves. But just as different as one athlete’s personality and conduct differs from the next, so does the agent.

J.R Rickert is a prime example of the opposite side of that spectrum. While Rickert achieves great success in the industry he goes about doing so in a different way. That approach has made Rickert one of the hottest agents in the business and an agent even the fans can feel a connection to.

Because unlike many others in his profession, J.R is sometimes more identifiable by his other gig at Fox Sports Radio as a Sports Talk host. “I was a broadcast journalism major at St. John Fisher, so doing the Fox Sports Radio show always brings me back to one of my early passions” said Rickert.

“It is a lot of fun because we are on the air talking about football and promoting our clients. I grew up around sports and it has always been a part of my life. I played football and started all 4 years at St. John Fisher so transitioning to the broadcast side of things has been a lot of fun for me.”

And therein lies the difference. While most agents instill an image of a fast talking, flashy, corporate business man, Rickert connects with his clients and fans differently. Having a sports talk forum on a very popular radio show has given Rickert a unique perspective on the sports world. It also has connected him to fans, a connection not many agents can achieve.

Maybe it’s because everyone who has met J.R Rickert, from his clients to his colleagues describe Rickert as a hard working, sports news obsessed, genuine nice guy. Maybe it’s because sports fans like you and I can look at J.R Rickert and see a passionate sports fan who happens to be an agent, not a “fast talking business man in a suit“. Maybe it’s the fact that Rickert has truly engages the sports world like no other agent. A radio show to talk with fans, a blog to post sports related articles as a fan and a website that gives you an inside look. Whatever it is, Rickert clearly a different type of sports agent.

“I think what differentiates me from the others is the overall level of services that
we provide our clients. We really take a lot of pride in going far beyond the contract
negotiations. We offer our players every type of possible service you can think of, and
we don’t tack on extra fees. Many of the clients can’t believe just how much they get
from us in the way of services.

I also believe that my experience is starting to set me apart from others. There are just not that many agents who have lasted in the business for more than ten years. The contacts that I have, and the experiences from which I have benefited, all translate into better representation for my clients.”

But it can easily be determined that J.R Rickert is simply a sports fan who loves sports and has worked hard to be working in the field he loved. Interestingly, Rickert had a long and unique path to the sports industry. Before he was helping players and teams come to a contract agreement and even before he made a big name for himself at Fox Sports Radio, Rickert was a High School Principal in Upstate, New York. His ability to connect with people has transcended throughout his professional career.

“I learned many things from my career as an educator and I believe that I will always
be an educator. The skills of motivation, perseverance, and advocating for others are all
aspects that I brought with me to my career as an agent.

The sports industry gave me an opportunity to combine a number of interests into a very rewarding field. I took many chances when I decided to become an agent and several people told me that an educator from the Capital Region would never survive in the cut-throat world of sports agents.

But, eleven years later, I am not only surviving but competing with the very best agents in the country and I have the very best clients that you could ever ask for in the world of
professional sports.”

Not only surviving but becoming very successful. Just like many of his clients, Rickert rose to the challenge of a tough career transition. But the challenges didn’t stop there. Not only has Rickert faced the challenge of a career change in a down economy, but Rickert managed to thrive in his new line of work despite a lockout riddled 2011.

The NFL Lockout was one challenge agents like Rickert faced.

“The NFL lockout was very challenging at times. As an agent, I had the same
expenses for my clients that I always have, but the revenue was on hold. I needed to take
care of my players and make sure that they were properly advised every step of the way.
I also had to make personal sacrifices so that I could financially take care of my clients’
needs, especially for the rookies.” 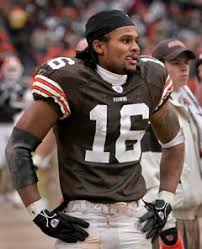 And Rickert has some rather notable NFL clients such as Cleveland Browns WR Josh Cribbs, New York Giants receiver Hakeem Nicks and Miami Dolphins LB Kevin Burnett among others.

But just as soon as one challenge passes, another arises. This time in the form of an NBA Lockout. While the term “lockout” is the same in both scenarios, Rickert will be the first one to tell you that they are two completely different animals that pose different obstacles for agents such as himself.

“The NBA lockout, in my opinion, is going to be a very difficult process to solve
the differences and bridge the gap between the owners and players. The NFL’s lowest
earning franchise, the Buffalo Bills, is worth more than the NBA’s highest earning
franchise, the New York Knicks. Therefore, the NFL has a much greater pie of total
revenue and makes it easier to devise revenue sharing solutions.

Also, in the NFL, not one franchise is losing money, whereas, in the NBA, there are several franchises that are in financial trouble. I expect the NBA lockout to last much longer than the NFL lockout. However, the NBA players have alternative places to play and at least earn something. This option did not exist for the NFL players.”

Needless to say a day in the life of a sports agent has become that much tougher. In an industry that survives in a tough economy while having to endure numerous economic difficulties created by league lockouts, Rickert has found success and a formula for winning.

“A day in the life of a sports agent is very unpredictable. When you have over 80
clients, you can never tell what is going to happen. Players get signed; players get
released from their teams; players get hurt. Anything and everything is possible. You
really have to be ready for anything at all times.”

But from educator to radio show host and into the sports agent industry it can be safe to assume that no two days were the same for JR Rickert.

In the sports world there is a saying when it comes to measuring success “what have you done lately” ? Although a cruel anecdote, despite it’s harsh underlying honesty he has reached a level of success that many agents strive for every day. But he also has bigger things in mind for the future.

I would also like to be working with a championship caliber boxer. In
broadcasting, I would like to create and produce my own weekly NFL show for local or
regional television.”

It’s hard to argue with what J.R Rickert has already accomplished. With that said it is far more difficult to conceive betting against him to achieve more than he anticipates.

But it is easy to agree that Rickert is on his way to big things. And much like the Draft Stock of many of his clients on draft day, Rickert’s stock is rising.

-Special thanks to Melanie Madden & JR Rickert for providing this interview –