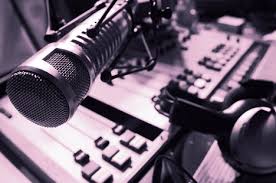 For all my nationally based Ranterz, I apologize for the local theme of this particular post. But I am going to have to rep the home town team for this post. Mainly because I have spent a blog posts touching on not only coverage of local teams like the Albany Legends, but also I aired some of my grievances particularly about local media’s “coverage” of locally based sports teams.

Last Friday in the Capital Region 104.5 the Team ESPN Radio did something I feel was long overdue. They made a change, pushing “Soundoff with Sinkoff” off the airwaves. Now I certainly am not a proponent of anyone losing a paying gig in this economy, but regardless I felt the show morphed into something that I found rather arrogant, grandstanding and unintelligent.

Kudos to 104.5 for listening to the numerous complaints about the show and taking action. I do think Brian Sinkoff is a talented on-air personality and someone with an intelligent mind for sports, but Sinkoff allowed his show to go a direction that didn’t seem to sit well with many listeners. When posed with these complaints it seemed Sinkoff ignored them instead of making minor adjustments. Needless to say the show is off the air and I am confident Brian Sinkoff won’t be out of a job for very long.

I’m trying to give the show a chance, because deep down I really want local radio to do something not only good, but special. Terrestrial radio has failed to embrace and utilize the internet and social media properly and is at time reluctant to address it. Most stations are simply stuck in their ways. So I hope with drastic changes such as this, we see more broad changes to improve the station as a whole. Only time will tell.

Now first off, as a diehard Dolphins fan it’s hard for me to stomach a pure Dolphins hater (as opposed to Brian Noe, host of “The Noe Show” who is a Dolphins fan), but I do like Dolphins talk on my radio, regardless of the opinions.

After a few days of listening I found Jacobs show to be a little more suited to what I like listening to. More sports talk, less arrogance, no condescending tone with callers and praise the lord no hacky elementary comedy shtick!

I felt the talk was more sports intelligent but something in particular jumped out at me yesterday that made me smile while listening to 104.5, something I haven’t been able to do for years.

On Monday Daily Gazette Sports Blogger Ken Schott posted a rather critical blog post about Bruce Jacobs and his show “Game On”. (You can read the article here). Here is an excerpt of the article:

I’m not going to like Jacobs and his “Game On” show, not after he dissed my hometown of Philadelphia shortly after the Yankees-Twins game ended Monday afternoon, saying he hates everything about it.

Care to explain why you don’t like Philadelphia, other than the fact you are a Long Island native? What did my city do to you? What, are you upset that Cliff Lee (Phillies) and Nnamdi Asomugha (Eagles) spurned New York teams, especially your beloved Jets?

Jacobs comes off as arrogant. That may work in bigger markets like Phoenix, where Jacobs once worked, or on a national stage like his FOX Sports Radio gig. But Capital Region listeners aren’t going to put up with it.

In fact that’s about 90% of the article right there. While I commend Schott for airing his opinion, uncensored and all, I tip my cap even more to Bruce Jacobs for speaking about it at length on air.

Jacobs didn’t just comment on it, he ripped the “article” and Schott apart for the comments.

That made me a fan of Bruce Jacobs. Let’s not just address the hate, let’s go right back on the attack. It has realism, honestly and despite your opinion of the show it took some balls. Who can’t respect that? 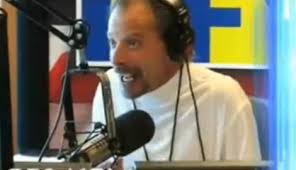 In my opinion the article by Schott seems more like a Facebook Wall comment than an actual article and herein lies the issue. Schott speaking on what Capital Region fans will like or dislike is rather idiotic, especially acting as the collective voice.

Now I am not a huge fan of local newspapers simply because they are stuck in the prehistoric times much like terrestrial radio shows. But the Daily Gazette is the last media source that should be making such bold statements.

In particular because overall, the Gazette has been light years behind papers like the Times Union who not only embrace online but have done a good job transitioning their newspaper to a thriving online news content website (but please, stay away from SEO). They are even behind smaller circulation papers like the Troy Record.

On top of that, in the down economy, the Gazette charges people to read some of their online content. That point in itself tells you all you need to know about the Gazette, far behind the times and greedy.

But let me touch on Mr.Schott for a second. Now I am all for voicing your opinion, especially if you have a soap box as big as a local media source. I’m particularly a fan of someone who is a fan of out of state teams.

But do NOT pick apart other media when you fail to do a decent job of “sports reporting” yourself. Sure voice your displeasure, you’re entitled, but if you’re going to rip into Jacobs as a host as opposed to ripping into his content you better have a damn good setup for your own sports talk. And you fail miserably.

I did some research on Mr.Schott’s articles. You probably can read most of them under 45 seconds, they are that short. More box score summaries broken down in 5-6 short paragraphs at most. This is “reporting”? This is what the Capital Region fans want Mr.Schott?

On top of that you work for the Daily Gazette. A newspaper that in my opinion has failed miserably in becoming a media source. To become a media source you have to do a good job streaming content online and have a rather decent website.

Your website is a mess, your menu tabs are screwy, it looks like something a low-cost designer put together in a few hours and clearly is run by someone who has little idea about how to execute online media presentation.

Where people are going for sports talk...more and more

I wish you guys were more open to doing the things that are needed to catch up and surpass your competition, because with Schenectady‘s rebirth and your long-standing presence in the area there is no excuse to be this subpar. I’d love to help you guys but it seems you’re close minded, it took you forever to install a blogger system on your site and may take you longer to understand Social Media and SEO.

So Mr.Schott let me tell you what THIS Capital Region listener wants.

1. I want an actual reporter talking sports on such a big forum. Not someone who only has time to type in 2-3 sentences filled with statistical ramblings and calls it an “article”

This is Schott’s “coverage” of the Mayweather-Ortiz fight, one of the biggest stories of the weekend (bare with me it’s long):

If you didn’t catch Floyd Mayweather’s victory over Victor Ortiz in Saturday’s welterweight bout on pay-per-view, HBO will show it this Saturday at 9:45 p.m.

Mayweather ended the bout with a stunning fourth-round knockout.

That’s it, no really. That’s the entire article. This is What the Capital Region wants?

2. I want a media source that actually values the community connection.

You know who i see at every major event, the Times Union. I even see the Troy Record, YNN and Spotlight News out in Schenectady than the Gazette. If you’re there we don’t see you.

Learn how to connect with your community properly instead of taking a stance of knowing what we want.

This goes without saying, stop ripping people off. Especially in this economy. You can report on the economic struggles of our community but aren’t above taking advantage of us by charging stupid fees?

4. A local paper that does online and does it well

Seriously, get with the times. I’ve had contact and conversations with local media about sharing local sports topics on SportsRantz.com (for free, gasp!) so my national and local audience can be exposed to it.

Some do it but almost all of these reporters were kind enough to respond and communicate with me. To get an understanding of what it’s all about.

Aside from my website I don’t see you present on any other local website. But I see plenty of the TU, plenty of Spotlight News, YNN and the Troy Record.

And that is all folks. All it takes me to get engaged in online content. Make is sharable, make it accessible and make it interactive. Not hard folks. And please, don’t call having a Facebook Fan page your “Social Media efforts”, People have fan pages for dogs, do something special.

To Bruce Jacobs, the next few weeks are vital. So far I like the format of your show, the content; To be determined. But let’s see if you guys do anything innovative. Get more engaged online. We get emails & comments here at SportsRantz about your station (a lot since the change) so people DO care. Take the ball and run with it.

The Noe Show is solid, but unless both of your shows do something different and unique, then the King of Local Sports Talk Radio will remain Rodger Wyland’s “Big Board Sports” and it won’t be close.

By the way, Mr.Schott you may want to buy Jacobs some lunch or send him a thank you bottle of wine. Without him mentioning your short paragraphed “article” on air I wouldn’t have known you even wrote about sports or that the Daily Gazette had a blog for sports. He just gave your horrendous articles a major spotlight. You owe that man dinner.

A always, if you Capital Region fans want to engage in sports talk, free (take notes Gazette), seriously come check us out, create a profile and jump in the convo!
http://SportsRantz.com/register

And since I mentioned SEO and Social Media, here is a plug for our sponsor
EliteRankMarketing.com (SEO Company)