A Case of the Sundays: October 24th, 2011
Advertisement

Buckle down it’s Monday! Which also means it’s another edition of the SportsRantz.com series “A Case of the Sundays”. As the season unravels, more and more interesting things stand out each and every Sunday.

From the continued dominance of the Green Bay Packers to the slaughtering of the Indianapolis Colts I’ll highlight the things that happened on Sunday that me me go “hmmmm”. You know that song right? If not, Youtube it and it’ll be stuck in your head ALL DAY!

So what stood out to you on Sunday?

Before you answer that question let’s see what stood out to me in all of yesterday’s action that culminated in the NFL. 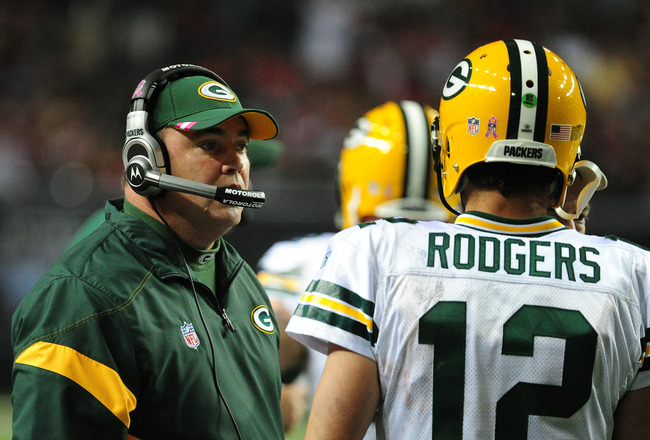 Aaron Rodgers is the Green Bay Packers as….

Peyton Manning is to the Indianapolis Colts and Tom Brady is to the New England Patriots. The superb play of Aaron Rodgers this season not only has propelled to a 7-0 start as we wind down the first half of the 2011 NFL Season, but also showed us just how good Rodgers is or rather, how vital he is to Green Bay’s successes.

But before everyone starts jumping down my throat saying “how dare you mention Rodgers in the same breathe as Manning or Brady” I implore you to hear me out on this point.

Look at how bad the Indianapolis Colts are without Peyton Manning. Let’s face it they are an absolutely horrid team. Just goes to show you how good Manning is but it also shows you how much of their flaws Manning hides with his play. The same can be said for Aaron Rodgers.

Don’t believe me? Then how do you explain all of their success when Green Bay is ranked 27th in Total Defense and a 23rd Ranked Rushing offense? You explain their success by pointing to their 4th rated offense and their ranking as the 3rd best passing offense in the league.

Rodgers’ great play hides the flaws of a rather weak defense and a suspect rushing game much in the same manner as Manning does with the Colts. Rodgers’ also makes the players around him better and executes a great system much like Brady does with New England.

Take Rodgers out of the lineup and you may be looking at a 1-6 team.

Let’s calm down folks. Listen, I understand how validating a victory can be with so many struggles this season. But a lot of fans on Twitter and Facebook are puffing their chests like Rex Ryan in a pre-game interview.

I’m not sure if any of you have noticed but you beat up on the St.Louis Rams. And a St.Louis Rams team without Sam Bradford. A team who was coming into your house with an 0-6 record. You SHOULD beat up on a team like that.

So before we go proclaiming a Super Bowl run at the top of mountains and rooftops I just want you all to take a step back and really put it in a realistic perspective. You beat a team that hasn’t won anything, was injured at the key position and at home. You needed 253 yards on the ground from Demarco Murray to do so. Let’s just keep that in mind.

Let’s wait a few weeks before we go burning down the house. Honestly, at this point beating the St.Louis Rams is like beating a deaf kid in a game of musical chairs. You get the point.

The New Orleans Saints Should be in Jail. Contact the ASPCA!

Because what they did to the Colts last night was not only criminal it was also a pure example of cruelty to a defenseless animal.

The Indianapolis Colts are bad, brutally bad and the Saints hung 62 points on them like it was something personal. Maybe it was. But really why are the Saints so upset with a team they beat in the Super Bowl a few seasons ago?

I guess Drew Brees and company really took the recent loss to heart and wanted to prove any doubters wrong. I happen to like it. Blow them out, prove a point and steamroll your way to another playoff run. No mercy in football folks. Detroit Lions fans you can hit the Panic Button….

Matthew Stafford played like crap yesterday, couldn’t make adjustments, seemed lost and is injured…again. It seems to me that the teams in the NFL now have some tape on the Lions and some good statistical data. So now teams won’t be caught off guard when playing Detroit. They will know that if you take away the big play you have a better than great chance of winning.

Here’s to hoping that Stafford can stay on the field so this terrific first half isn’t marred by a tumultuous 2nd half of the season.

But I do have to say this, the behavior of the Lions the past few weeks isn’t something I’m a huge fan of. From Jim Schwartz last week to this with Suh: 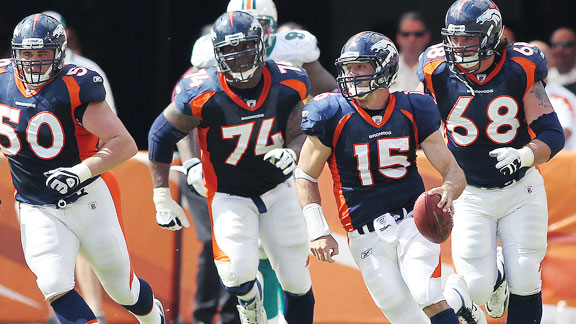 A Loss in a Victory

Denver Broncos fans I am going to eat some crow. But to be honest I didn’t expect my Miami Dolphins to win simply because for whatever reason, Tony Sparano is still the head coach. Tony Sparano is to the Dolphins what a guy walking around with an STD but doesn’t care is to society. You know you have an infection, you know it hinders your performance and you know every Sunday it’s going to burn you, but you refuse to go to the doctors to get it alleviated (firing Sparano). When Stephen Ross is your owner, he’s content with infecting his team with this crap. So just enjoy the painfully irritating and embarrassing ride.

But for Broncos fans I have to say this, be real about Tim Tebow. The guy flat out sucked. The guy flat out looked horrible. The Dolphins lost that game far more than Tim Tebow won anything. It’s like being a witness to something. You were there for it but weren’t apart of it.

Everyone in the stadium and even those (like your truly) watching at home knew the Broncos were running a QB draw when they needed that all important 2-point conversion. Tony Sparano either didn’t give a crap or just is too stupid to realize how to defend that.

Point being, if you’re happy with Tebow’s play I am happy that you’re happy. That just takes your team out of the running for Andrew Luck or Landry Jones, either of which I see playing in Miami in 2012.

Tim Tebow is going to prove to you over and over again he just isn’t a very good quarterback and is a gimmick, much like the Wildcat. Once teams realize all he can do is run, you’ll be booing Tebow and chanting for Orton again.

That does it for another week of A Case of the Sundays. Disagree with me? Have your own thoughts to share? Post a comment and let me have it!