The Parting Shots of the 2011 NFL Season
Advertisement

So the NFL season didn’t technically end until New Year’s Day 2012, but I still think it’s fair to bunch everything from this past season under the title “2011”. Needless to say we have had quite the interesting NFL season. From the rushed start of the season due to the NFL Lockout we immediately saw the impact of a shortened training camp had on the conditioning and overall readiness of players.

We saw a “Media Messiah” born in Denver, we were introduced to poses called “Tebowing” and “Gronking”, we saw Rex Ryan put his own foot in his mouth for once, record breaking performances in New Orleans and we saw a team in Green Bay flirt with a perfect season. With all of that said we are still leaving out a ton. Frankly, I probably couldn’t cover it all in one article and may not be able to address it again until after the Super Bowl, so I’ll just list some final parting shots. While I am happy to see the playoffs come I write this article with a little sadness in my heart, my beloved NFL regular season has come to an end. 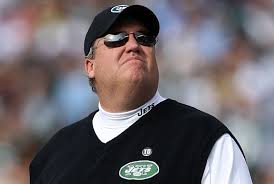 Shut the Hell Up

It’s about time Rex Ryan shuts up. Not because he is annoying, often made to look a fool and borderline over-the-top insulting to other teams and players, but because the effect is gone.
On the air on SportsRantz Radio I speculated on my show and NY Football Blogs that Ryan’s approach to motivation and deflection may have run it’s course and the Jets would take a step back this season. Grant it, Ryan did wonders for the Jets in his first 3 seasons but lets face facts. He stockpiled his roster with aging, past-their-prime, long in the tooth veterans who had only a limited shelf life of productivity. Getting anything significant out of players like Ladanian Tomlinson, Bart Scott, Plaxico Burress, Jason Taylor and other free agency additions was a stretch. But each and every offseason Ryan would bring in another veteran to plug in his lineup.

On paper is may have been a great move and maybe for a few weeks it proved to be smart. But as the seasons wore on the age of these veterans would show as their numbers would decrease and injuries increase.
Normally Ryan would be able to stand at a podium and make some outlandish comment that would circulate the sports media outlets like a wildfire. It would be seen by most as “motivating” and a form of “deflection” used by Ryan to bring the attention off of his players. But the plan would eventually backfire in the 2011 season. A third straight Super Bowl proclamation, bold insulting antics toward teams like the Giants and a reliance on the same veteran team blew up in Ryan’s face a the Jets faltered late in the season.

While Ryan may have diverted the attention his way he still placed a large target on the Jets. Teams and players around the NFL just wanted to shut Ryan up and used his actions as motivation on Game Day. Although many would like to believe that Ryan was taking pressure off of his team it actually seemed to do the opposite. By making bold proclamations and mixing it up in trash talk sessions with opposing teams he put more pressure on the Jets to back up their coach.

Hopefully this season is a lesson for Ryan to just stick to what he does best and what he does pretty good. Coaching.

On another note, the failures of this season just goes to show you how big of an impact Kris Jenkins had on the Jets. Talk about losing a big part of your defense. Although it was the first part of 2010 he last played, it still is worth mentioning. 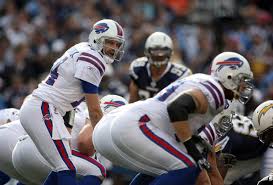 Despite the season not ending the way it seemed it may end for the Buffalo Bills, there is hope in Buffalo. While Bills fans may be angry and hurt that their Bills, who started off so strong and promising in 2011, fell into the usual losing abyss  in the stretch run and played their way out of the playoffs.

Keep in mind Buffalo fans that although this may be a losing season for the Bills, it’s one of the seasons that give you hope.

You have a quarterback that did a lot with very little. Seriously, Fitzpatrick is a good quarterback in the NFL.

Fred Jackson was what ended your season. You cannot take someone like Jackson out of the lineup and expect things to keep on truckin’ along. Jackson was a complete back for the Bills and made a major impact in blocking, rushing and receiving. When he was lost for the season, so were the playoff hopes.

You have a lot to be happy about in Buffalo. A young, talented defense that is only going to improve. Jackson should be resigned and should have another productive year in Buffalo. Cj Spiller proved he can do something in the offense. Steve Johnson needs to grow up a little bit but is a solid receiver, get someone on the opposite side to compliment him and you could really see some offensive improvements.

With a draft and free agency coming up, Buffalo is again a place players want to play and an exciting offense that would lure free agents to Buffalo.

What storyline for a losing team was bigger than Peyton Manning and the Indianapolis Colts. While the Colts did a good job masking the severity of Manning’s injury heading into the season, they were virtually helpless amidst the firestorm of questions regarding how the Colts will proceed in the future, most notably in 2012.

The Colts finished 2-14 and have a great shot at landing the #1 overall pick which many would assume would be the spot prospect Andrew Luck would be selected in the draft.

But while the Colts may be enamored with the promise and ability of Luck, the 2-14 season showed us a couple of things. It showed us just how valuable Manning is to the team and it also showed that there are a ton of areas the Colts need to improve, on both sides of the ball. So it makes little sense to draft Luck, if only to put him on the bench behind Peyton. Trading Manning could yield some draft picks, but then you are entering a complete rebuild mode when you don’t necessarily need to. Is there any true “fair value” for Manning? I think not

If I were Indianapolis, I would use this draft to get some playmakers. There’s a kid named Mathieu from LSU who reminds me a ton of Ed Reed and could be a playmaker on defense. You could also draft a running back to take a lot of the pressure off Manning. Or, better yet, you could trade down from the #1 spot and get some more draft picks while staying in the Top 10-15 range.

Notice how many draft picks the Patriots have had the past few seasons? They stockpile picks as often as they can and for the most part, it’s paid dividends. Can’t argue with that formula. 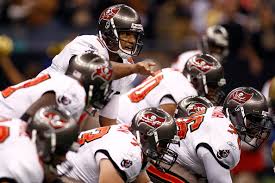 Things in Tampa Bay went from promising to terrible in one swift season. While we were all enamored with young quarterback Josh Freeman and the young talented players surrounding him in Tampa Bay, it was obvious this team needed strong leadership. Leadership they could not find on the field within the huddle, but the type of leadership that a Head Coach can demonstrate. With a team so young and “green” it’s almost vital to have a veteran coach to help mold the plethora of talent.

Sadly, Raheem Morris was not that guy as he was dismissed on Monday. So what’s next in Tampa? Well with a slew of veteran coaching prospects out there it’s time for the Bucs to make a splash in the head coaching world. I suggest going out and grabbing a Jeff Fisher, Jon Gruden or Bill Cowher if you can. You need a larger-than-life head coach to take the reigns of this promising young team and steer it in the right direction.

With so much young talent, you need someone who has proven they can not only mold talent but also lead them to success.

It’s hard to imagine what it’s like to have such a great team makeup as the Dallas Cowboys. A Pro Bowl Tight End, solid line, decent QB, two Pro Bowl talent wide receivers, one of the exciting new running backs in the league, one of the best linebackers in the game and the largest stadium in the galaxy. But no playoffs for the Cowboys.

Surely, Jason Garrett fumbled his way through his first full season as a Head Coach but the blame can’t squarely be on Garrett. The Cowboys are like a bad big budget movie, all the bells and whistles and no substance. At the award ceremonies, Dallas is the red carpet, hosting all the celebrities and all the glam, while everyone else is at the podium accepting awards.

It’s hard to point out one thing about the Cowboys that stands out as an issue (other than the atrocious secondary) but maybe it’s time for Jerry Jones to stop his obsession with the bright lights and marquees and start letting his coaches and players obsess about fielding a winning football team. For all the coverage the Cowboys get, they need to do at least that much. 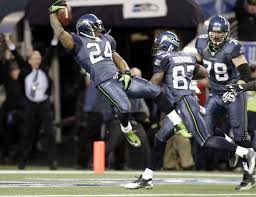 No Grunge in Seattle

No this isn’t a cry for the ending of Grunge music in Seattle (although that seemed to be dead in the late 90s) it’s the statement the Seattle Seahawks made this season. They aren’t as bad as everyone would like to think they are and yes there is a team in Seattle worth talking about, even if ESPN ignores them or the NFL snubs them in Pro Bowls.

If this team played in Dallas we may actually have something exciting to talk about. But this team showed a ton of heart, promise and most of all talent this year. The Seahawks knocked off some great teams, muddled through countless injuries and still made a respectable 7-9 season.

Although Tavaris Jackson didn’t have a stellar season that would make anyone jump up for joy, he did a lot with a little in Seattle. That receiving corp was decimated by injuries, but Jackson pushed them to a 7-9 finish and showed that there is something to get excited about in 2012 for the city of Seattle.

So while there still remains a ton of teams worth talking about I will leave you with those little tidbits. For those of you wondering where my beloved Dolphins are in this piece, you should know me better by now. The Phins are getting their own article. After their victory of the Jets yesterday it’s well-deserved.