Today I was approached with what is the burning question of the day from the NHL. With having time to sink in the All-Star Roster and having a collection of players that are having superb seasons. But enough with all that celebrating the good – let’s get down to blasting the bad.

Today’s Burning Question: Which Player has been the most disappointing? 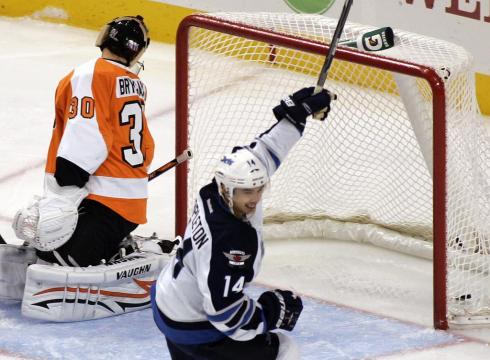 And well let’s face the facts; there are a good many players to choose from to answer this question and I am going to give you SportsRantz’s list of players that have been the most disappointing and the staff didn’t hold back with their answers to today’s burning question!

Danny Briere: With the addition of Jagr in the offseason; Briere’s numbers haven’t increased like the Flyers organization thought. Briere only has 13 goals on the year whereas last season he finished with 34 goals on the season. Briere only has 29 points and sits with a +3 in the +/- ratings. Briere needs to step it up on his line and start producing points like the Flyers have seen him do in the past.

Alex Ovechkin: Sure he has 35 points as of tonight; but those numbers can be very misleading. Ovechkin hasn’t lived up to his previous seasons as a goal scorer and has fallen into SportsRantz tool box as well. Ovechkin is also sitting with a -7 +/- rating in the league as well.

Ryan Kesler: Scored 41 times last year for the Canucks. Just 12 goals so far, and only six of them even strength and if the Canucks hope to continue their playoff hopes they need Kesler to be a bigger scoring factor. Dwayne Roloson: Horrendous numbers (3.68 GAA, .880) for the guy that helped the Lightning get to within a game of the 2011 Stanley Cup finals. And look where the Lightning are at now, sharing last place in the Eastern Conference and Roloson has a lot to hang his head about. Only 6 wins on the year!

Eric Staal: One of the league’s top snipers is on pace for 19 goals with a minus-37 rating and this is the Staal that everyone expected great things from and now everyone is claiming him to be the worst of the 3 Staal brothers.

Mike Cammalleri: For a $6 million cap hit, 10 goals isn’t enough; clearly it wasn’t enough in Montreal and Cammalleri is hoping to turn the year around with the Flames.  Allegedly not the greatest teammate either.

Rick DiPietro: What good is there to say about DiPietro? None. The guy is a walking injury for the New York Islanders and unfortunately for them they are stuck with his hefty 15-year contract which is turning into a GM’s worst nightmare.

Ryan Miller: Another goalie added to the list. Yes, we are hard on goaltenders but Ryan Miller was supposed to be one of the best this year and was lumped into a category with Tim Thomas at the start of this season. Miller hasn’t proven to be more than a drama queen on the ice with a on again off again concussion issue.

Bobby Ryan: Being drafted 2nd overall in the 2005 NHL Draft you would expect to see a lot more out of Bobby Ryan. Yet, Bobby Ryan has been held to only 17 goals and a -5 +/- rating. He is currently on pace to finish the season with 45 points compared to last years 71 and two years ago 64 point performance

Brenden Morrow: Seven goals in 37 games for a guy that scored 33 last year. Plus, he plays on a team without a ton of depth, so it hurts even more.

Lubomir Visnovsky:  Not even close to producing at the same “top scoring defenseman in the NHL” rate as 2010-11. 4 goals on tap for the year is not a good sign but; one is to argue that there is very little good signs coming out of Anaheim.

Ilya Bryzgalov:  A huge concern for the Flyers. Bryzgalov is signed for big money until 2020 and in his first season in Philly has some of the worst goalie statistics in the league. With a $51 million dollar contract we expected a lot more out of Bryzgalov and he’s been fairly disappointing thus far with a 3.07 GAA and a .891 SV %.

Alex "My Heart's Just Not In It" Ovechkin