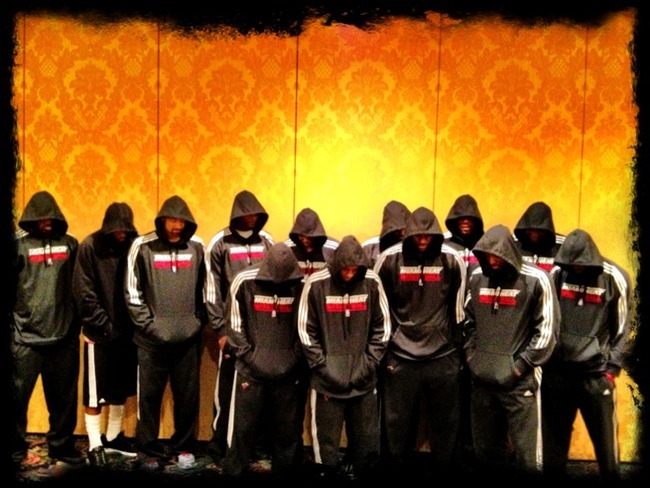 I  have news for you LeBron….you are not Trayvon Martin.  You are a multi-millionaire who may have no idea that he is in way over his head.  You are a grown man who may have possibly acted out emotion and not intellect.  It’s possible that you unintentionally helped fan the perilous flames of anger and hate when what we really need is a call for calm.

Did you stop and think what response your photo and your Tweet may cause?   Trayvon Martin’s death is obviously an extremely emotionally charged topic.    It appears that many people have made up their minds that George Zimmerman is guilty of murder before they even know the facts.  Irresponsible race baiters whose names don’t deserve mention on my page, have done their part to purposefully promoted hate and outrage towards Zimmerman for personal gain and self-promotion, yet they don’t know many facts.   Here’s what I know for sure:  Trayvon Martin was shot and killed by George Zimmerman.  I also know that many people hear opinions and misinformation about the night of the shooting and retell it as if they are facts. What facts have you learned?  Are you sure they are facts? Don’t misunderstand me, as a father, my heart bleeds for the Martin family.  I hope I never come close to feeling what they feel.  I’m very impressed with the poise they’ve shown throughout this tragic ordeal and I have no criticism towards them at all.  If you are trying to show support for his family, that great.  But you took a picture and posted a Tweet, so like it or not, you have a responsibility.  You said that you want justice.  What does that mean to you?  From my experience, many people say they want justice, but they actually mean revenge.

What if Zimmerman is found not-guilty of second degree murder………what will you say then?  I’m not a psychic, but if he is found not-guilty,  I predict rage, riot, vandalism and numerous beatings of random innocent people.  If he is found guilty, I predict that the aforementioned is  possible anyway.  I’ve read many of your Twitter follower’s responses and the vast majority are on board with what you have done.  Here’s the bottom line LeBron:  You have a huge following.  People adore you, respect you and will listen to you what you have to say.  You need to speak out immediately and let people know that any violence resulting from the Trayvon Martin case, now or in the future, are futile and unacceptable.  This is a ticking time bomb and it may become gruesome.  Will you accept any responsibility?  People are listening.

Related Topics:Miami Heat Hoodies
Up Next

The City of the Cursed Sports Team

How significant was the Bulls' 96-86 win over the Heat?