End Of Loria Era Is Good News For Miami
Advertisement

Though the MLB has not yet confirmed it, all signs are pointing to icon Derek Jeter and former Governor of Florida Jeb Bush purchasing the Miami Marlins. The most unlikely pairing since Will Smith and Tommy Lee Jones in Men in Black have received mockery on social media, and it’s somewhat baffling because fans of the Marlins should be jumping for joy at what it means; no more Jeffrey Loria.

The owner of the Marlins since 2003, Jeffrey Loria has been one of the MLB’s most controversial figures in his ownership tenure. Yes, the Marlins did win their second World Series in his first year with them, but unfortunately for the Swordfish and their fans, that was as good as it got. 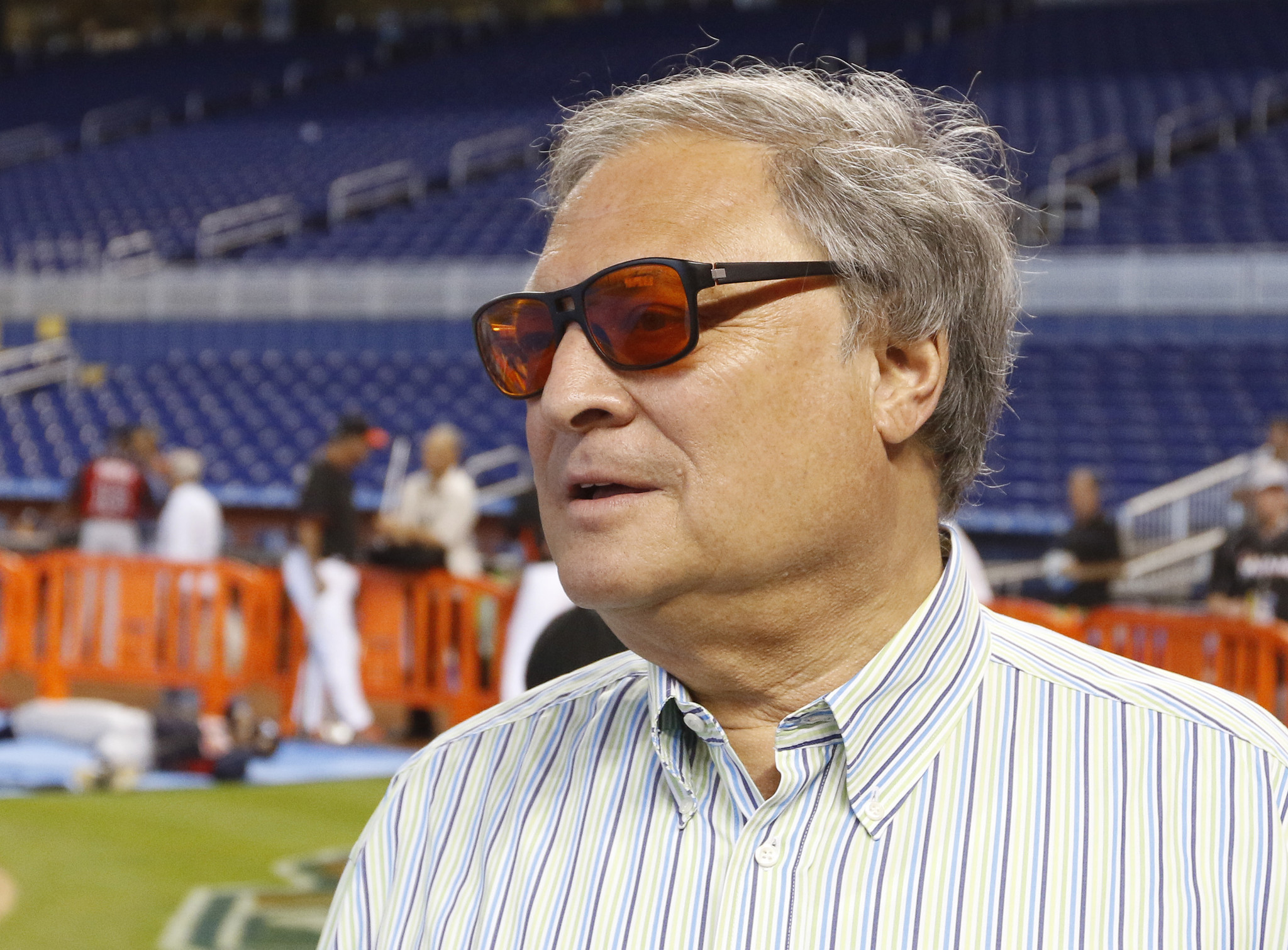 It’s safe to say that Marlins fans will not miss Jeffrey Loria. Courtesy of the SunSentinel.

The then-Florida Marlins’ 2003 season was one of the most remarkable in MLB history. Though Loria made a splash by signing defensive master Ivan Rodriguez and speedster Juan Pierre, the Marlins struggled mightily with injuries and poor play and sat at 19-29 in late May. However, an infusion of youthful stars like Miguel Cabrera and Dontrelle Willis helped pick the team up and, incredibly, it rallied to win the NL Wild Card and then shocked the world by downing the powerhouse Yankees in the World Series. Florida looked like a team that could be a powerhouse, but that was when Loria established himself as one of baseball’s most hated figures.

That offseason, the Marlins set a trend with two highly questionable moves, trading Derrek Lee to the Cubs and lettting Rodriguez, Ugueth Urbina and 3B coach Ozzie Guillien all walk away. It happened again in 2012. After signing big name free agents Mark Buehrle, Jose Reyes, Heath Bell, the Marlins amazingly had a 100-loss season and let nearly all of its star power go in trades that got the team very little in return.

Loria’s lack of commitment to his team quickly turned Marlins fans against him. After the 2012 season the Miami Herald asked 400 South Florida residents for their opinions on the Marlins’ owner. 94% responded negatively.

When Giancarlo Stanton signed a 13 year, $325 million contract before 2015, the largest in MLB history for a batter, ESPN magazine essentially called him insane. But now that it appears the Loria Era is coming to an end, fans of the Fish can breathe easy.

I’m not saying that Jeter and Bush are guaranteed to be terrific owners and it won’t be very difficult for them to be better than Loria, but if the situation proves true, it will be a fresh start for the team. For the first time in 14 years they will have different owners. One is an all-time great and the other is related to two US Presidents, so it can’t be that bad a move, because things for the Marlins and their fans can’t get much worse right now.

The Unlikely Comeback Of Eric Thames

Mariners’ Felix Hernandez Has ‘dead arm,’ To Be Medically Evaluated By Doctors