It seems hard to believe but the first half of the 2017 MLB season has come and gone. The AL emerged victorious in a surprisingly tight All-Star Game, winning on Robinson Cano’s home run to lead off the tenth.

The first half of the season was a great one, with surprise teams making statements and numerous players reestablishing their places. If the end of the season hardware was awarded today, here’s whom I think would come out on top.

The 22 year old is one of two rookies who have absolutely electrified the league so far this season. Called up in late April after an injury to the practically forgotten Joc Pederson, Bellinger’s impressive power stroke immediately sparked the Dodgers and helped the team overcome something of a slow start. Los Angeles has the best record in baseball at the All-Star break, thanks in large part to their rookie sensation’s 25 HR and 58 RBI. (Other possibilities: Kyle Freeland.) Though they have slowed a bit in recent weeks, no one can deny that the emergence of the usually-dormant Rockies has been the story of the year so far. Led by the prowess of Charlie Blackmon, Nolan Arenado and DJ LaMahieu, the Rockies look like a very good team for the first time in years. Their first year skipper is the reason why. The calm and intelligent style that Buddy Black has brought to Denver has turned the team around in a big way and brought out the best in nearly everyone wearing the black and purple pinstripes. Arizona and LA have passed the Rox in the NL West recently, but the team led for a majority of the first half and look very dangerous headed down the stretch. if they can regain that form, Black will have his second carrer MOY title coming his way. (Other possibilities: Torey Lovullo, Dave Roberts.)

Comeback Player of the Year: Ryan Zimmerman- 1B- Washington Nationals

This one is the absolute toughest to name by far because so many Senior Circuit players have reemerged this season. But the most captivating performance has come from the Nats’ first baseman. Ryan Zimmerman was once a promising young slugger for Washington, winning Silver Sluggers in 2009 and 2010. But the infielder’s potential began to fade at the same time that stars like Bryce Harper, Stephen Strasburg and Gio Gonzalez arrived. This year, Zimmerman has returned with one heck of a bang, batting .330 (fourth-MLB) with 63 RBI (seventh-MLB) in the first half, earning an All-Star start. He’s provided even further protection for Harper and Daniel Murphy and is a big reason why Washington is dominating the NL East. (Other possibilities: Zack Greinke, Andrew McCutchen, Greg Holland.) Scherzer is the reigning winner in the NL, and he’s turned the volume up to 11 this season. His fastball is nearly untouchable when it’s working, and it always is. His 2.10 ERA and .78 WHIP lead the MLB, while his 173 Ks are second. Already a dominant pitcher in the AL, the two-time Cy Young winner has become a phenom in the NL and his fiery competitiveness makes him even more intimidating. He has more than established himself as the ace of the Nationals and looks to be cruising towards a Cy Young repeat. (Other possibilities: Carlos Martinez, Clayton Kershaw, Zack Greinke.) 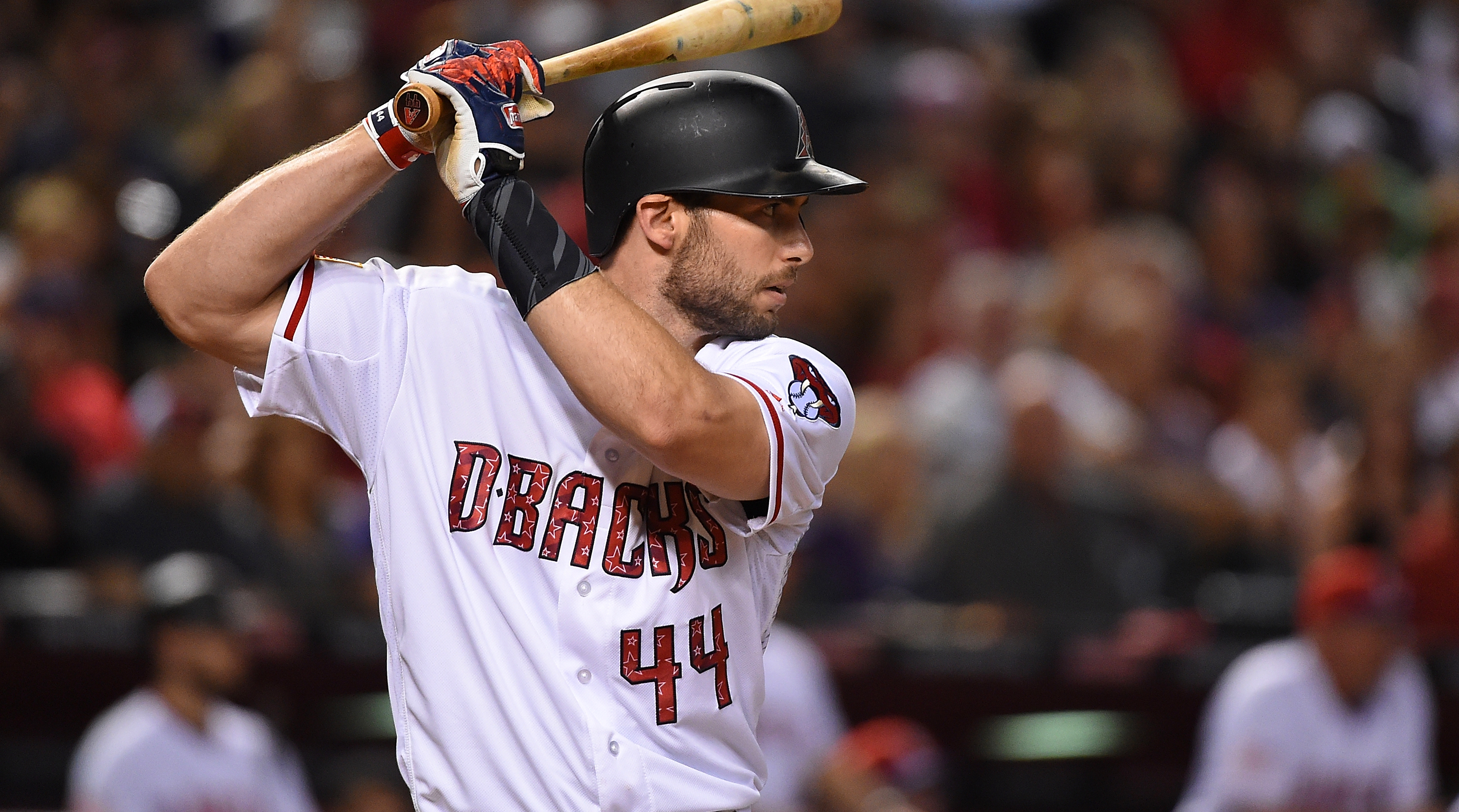 Goldy has always been a force to be reckoned with for the D-Backs, no matter how good or bad they’ve been. Criminally underrated despite two MVP runner-ups, Goldschmidt is the heart and soul of the Diamondbacks and 2017 could be his best season yet. He’s not leading the NL in anything, but his line is formidable and you must also consider that Arizona is practically on his back. Batting .314 with 19 homers, 67 RBI and a .577 Slugging %, this looks like the year Goldschmidt will finally earn what he deserves, and it’s no coincidence that Arizona is doing damage as a result. (Other possibilities: Nolan Arenado, Daniel Murphy, Joey Votto.) Courtesy of The Houston Chronicle.

It’s finally all come together for Houston. After a promising 2015 season, the Astros derailed last season and many of their hot young stars went cold. For manager AJ Hinch, all of the pieces are not only at last in place, but also performing exceptionally. Houston had six All-Stars at this year’s game and not one of them was undeserving. Hinch has a potent young lineup to work with and he’s gotten 100% out of it this season. He’s an easy choice. (Other possibilities: Paul Molitor, Joe Girardi, Kevin Cash.)

Santana came from the Braves to the Twins in 2015 with the expectation of helping the team get to the next level. Then he was suspended for PEDs. Up until this season he has not lived up to that hype, but 2017 has been a renaissance for the righty. Establishing himself as the Twins’ ace, the 34-year-old owns a 2.99 ERA and 1.08 WHIP, earning him his second career All-Star selection. Minnesota has been a surprise this season and are in the thick of things in the AL Central, and if Santana keeps it up they could provide some upset. (Other possibilities: Carlos Correa, Michael Brantley.)

Courtesy of The Chicago Sun-Times.

Changing the color of his sox (shameless pun, I know) in the offseason turned Chris Sale from “the other guy” to “the guy”. He has paid Boston back eleven-fold for the investment they made in him, going 11-4 with a 2.75 ERA (second-AL) and an AL leading .90 WHIP and 178 Ks. His first-half brilliance earned him a second consecutive All-Star start, an honor not seen for 15 years. The Red Sox did get off to a slow start, but Sale has steadied the ship all season and looks like a cinch for his first Cy Young Award. With him leading a formidable but still underachieving rotation, Boston is scary. (Other possibilities: Jason Vargas, Ervin Santana, Dallas Keuchel.)

Are you surprised for either? What we’ve seen from Aaron Judge so far in 2017 has been spectacular for any player, not just for a rookie. The 6’7, 282 lb. right fielder has electrified the MLB with his power, defense and humble attitude. His hitting has wowed everyone, breaking the Yankee record for home runs by a rookie….before the All-Star break. His 30 homers, .329 AVG and 66 RBI are all in the top five in the AL. The 25-year-old could cool off in the second half, but that doesn’t seem likely.  At this rate, he joins Freddy Lynn and Ichiro as the only players to be ROY & MVP in the same year. All rise for the Judge. (Other possibilities: Andrew Benintendi.)

Houston, We Don’t Have A Problem: Astros Running Away With AL West As Second Half Kicks Off

Justin Verlander Could Be Moved Before The Trade Deadline