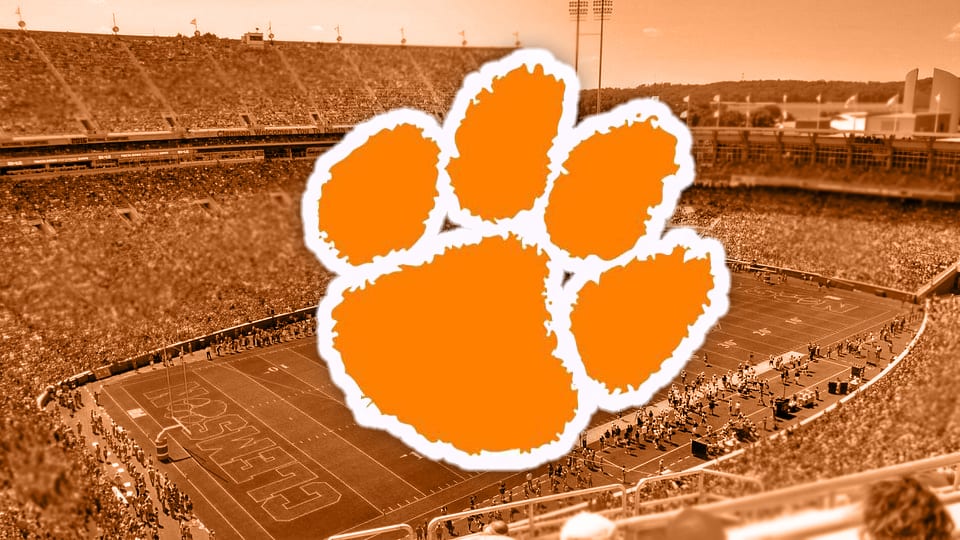 Pearman has since apologized for using the slur.

Swinney posted his first public comments about the incident in a taped message that was officially posted to the team’s website.

In describing what happened, Swinney said that former Clemson tight end E.J. Greenlee and Pearman were on a separate part of the practice field when an argument boiled up.

Greenlee told The State newspaper, “Me and the coach got into it, and I was speaking with one of my teammates. He heard me use the N-word, basically, and basically tried to correct me by saying the N-word back.”

Swinney stated the Greenlee privately approached him to discuss what had happened, and said that Pearman was “profusely apologetic.” Pearman last week said that he made a “grave mistake” when he repeated the word in an attempt to try and stop it from being used on the practice field.

“I would fire a coach immediately if he called a player an N-word. No questions asked,” Swinney said in the video posted on Monday.

“That did not happen. Absolutely did not happen. It has not happened. Coach Pearman was correcting D.J., and another player was talking to D.J., or D.J. was yelling at the player, and D.J. said something he probably shouldn’t have said. He said, ‘I blocked the wrong f—ing N-word,’ and Coach Pearman thought he was saying it to him, and he’s mad, and he reacted, and in correcting him, he repeated the phrase.

“And [Pearman] said, ‘We don’t say we blocked the wrong f—ing N-word.’ And he repeated it. He shouldn’t have done that. There’s no excuse for even saying that. But there is a big difference. He did not call someone an N-word.”

Swinney said the matter was handled privately, and believes that it was handled the right way. Pearlman was never punished for using the slur.

“There wasn’t anything swept under the rug,” Swinney said. “There wasn’t some dirty secret. We handled it head-on. Forgiveness and grace is important. It’s important for any of us, but I’ve known Danny Pearman for 30 years, and Danny Pearman is a good man. He’s had incredible relationships with his players. This was totally out of character, but we dealt with it, and we moved on. We have great communication within our team, and it was handled.”

Former Clemson receiver Kanyon Tuttle, who posted about the incident on social media, which brought it to the public eye, was upset that Swinney never addressed it with the team, and also accused Swinney of suggesting that players not participate in a sit-in on campus that addressed issues related to diversity training, minority faculty and enrollment.

“We had players participate in the Sikes Sit-In” Swinney said.

“I would never tell someone they could not participate in something they believe in or exercise their basic right. But as a coach, our job is to teach, educate, protect, to inform. … I stood in front of the team, and the only thing I said was if you’re going to participate, make sure you know what you’re signing up for. Make sure you know what the agenda and the message is, because you’re not going to be Johnny Joe the student and go over there and just blend in.”

Swinney was photographed wearing a “Football Matters” shirt, which drew a lot of criticism on social media, although Swinney said that he received it from the National Football Foundation as part of an initiative. The NFF has since tweeted that they will change the name of the campaign.

“Any insinuation I was trying to mock the Black Lives Matter movement is just an attack on my character. And really sad,” Swinney said. “I wholeheartedly support Black Lives Matter. I don’t quite think that’s adequate enough. I think black lives significantly and equally matter. God loves us all. None of us are better than anybody else. Actions are much louder than any words that I can say. I’ve always loved my players. I’m tough on them, but I love them deeply.

“This past week, it has hurt. It has been hurtful to see the pain in my players, to hear it in their voices. I know they’re hurting, and they have pain for what is going on in this country and this world, and it’s also hurtful to see our program be attacked. We have an opportunity to grow, to learn, to listen, to get better and to get stronger, and that’s what we’ll do.”

Related Topics:ClemsonDabo Swinney
Up Next