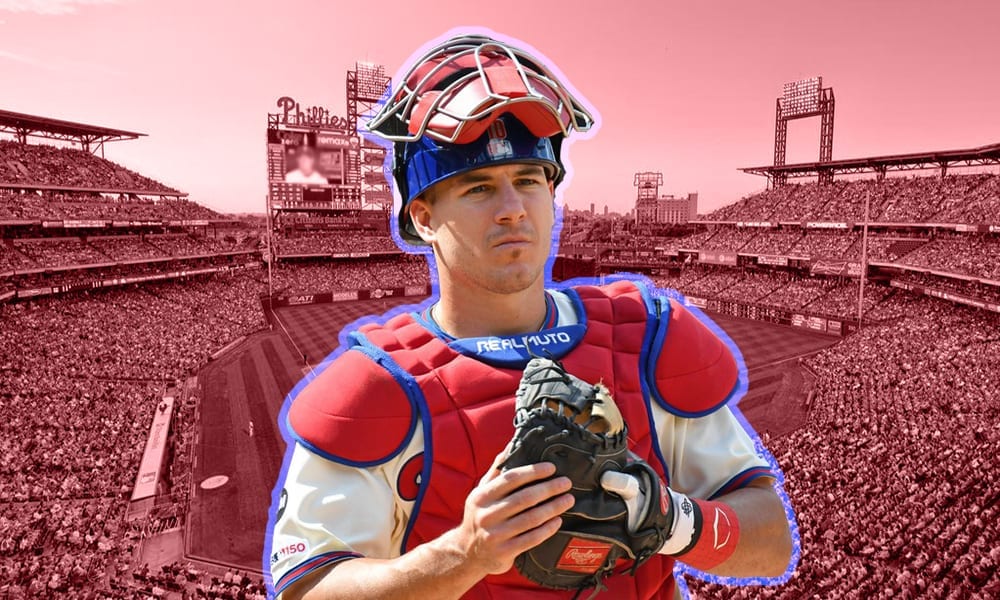 Philadelphia Phillies star catcher J.T. Realmuto is hopeful that a long-term contract can be worked out that will keep him in Philly for years to come, but so far no deal has come to fruition.

Extension talks between the team and Realmuto have been a talking point for the past few weeks, but nothing has progressed thus far.

“Nothing’s happened thus far,” Realmuto said, according to the Philadelphia Inquirer’s Scott Lauber.  “To be honest, I’m focused on the season at this point.”

The Phillies have exclusive negotiating rights with Realmuto until he officially hits free agency, so time is on their side to hammer out a new deal.

Realmuto saw the new contract that the Los Angeles Dodgers recently gave to Mookie Betts and said that “it was good to see [Betts] get what he deserves.”

“It was definitely positive to see for baseball knowing that teams still do have that money,” Realmuto said.  “Like I mentioned a few weeks ago, I still think that the teams at the top of the market are going to be willing to spend money.  Some teams are going to take advantage of the situation where half or maybe three-quarters of the league might not be interested in spending as much money.  Other teams are going to really go for it and push for those players.”

Related Topics:J.T. Realmuto
Up Next