The Philadelphia Flyers Exhibit Greatness vs The Pittsburgh Penguins
Advertisement 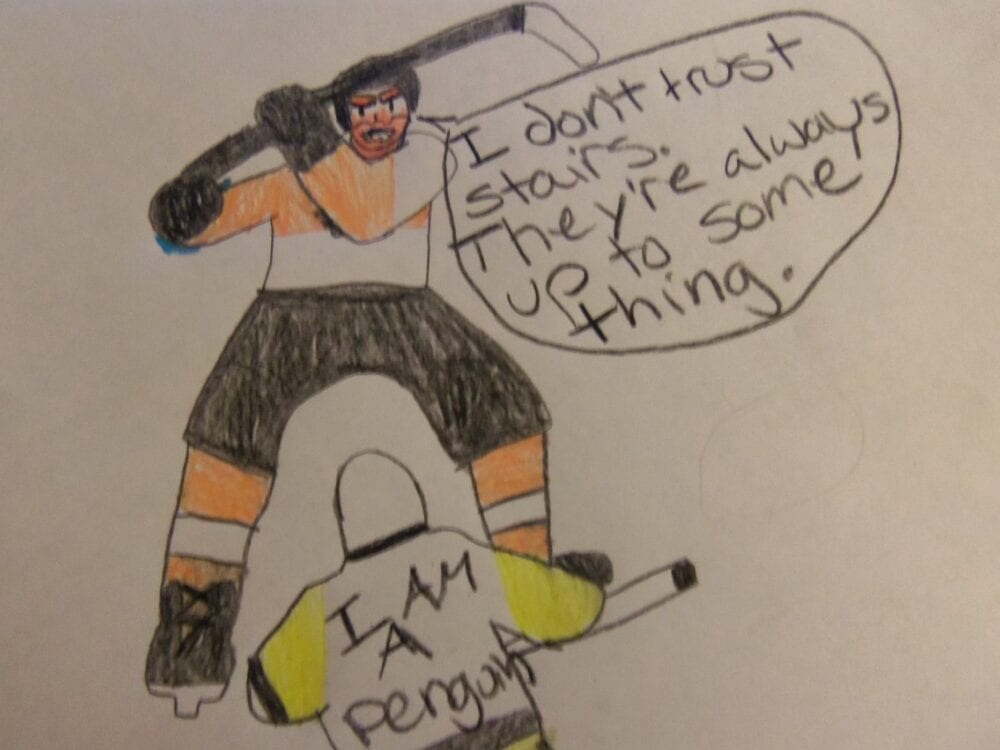 Tonight the Philadelphia Flyers returned to do the hockey for the their first game since the Corona Virus sponsored break began March 11th.  They played the Pittsburgh Penguins in an exhibition game that hit all the spots.  It has heart, tension and most importantly, Pittsburgh lost 3-2.

Philadelphia and Pittsburgh players stood for the United States and Canadian national anthem intermixed with one another in a heart warming display of solidarity.  This comes in light of all the wild and terrible things going on in the world and between other humans.

Connor Sheary scored 5:06 into the first period because he’s mean.  I combed out my orange wig for this!

Sean Couturier tied the game 1-1 11:32 with out assistance, he’s that awesome, he doesn’t need it.  Then the new father yelled at some one for changing the thermostat.

Kevin Hayes robbed the Penguins of personal joy going into the 1st period intermission by making it 2-1 for the Flyers with 27.2 seconds left in play.

While Philadelphia outnumber the Pittsburgh 10-6 for shots on goal, the pressure was even in the second 6-6.  Nothing else happened in the second period.

In the third period, the Pittsburgh Penguins increased pressure on the Flyers, out shot on goaling them 12-3.

With 3:55 left in regulation, Jason Zucker tied the game 2-2 on behalf of the Pittsburgh Penguins.  He did this because he wanted to ruin my happy day.

Unable to break the tie, the game went to overtime.

The Philadelphia Flyers beat the Pittsburgh Penguins 3-2 thanks to Scott Laughton being a beautiful beast.

Coots, Hayes and Laughton all get a gold star right in the middle of their foreheads.

Giroux’s post game snack is an overtime exhibition grilled cheese sandwich of victory, because that is what winners eat.

I am a lover of life with great big feelings about hockey and have a hard time containing my self. I have Endometriosis and try to live and love as much and hard as I can.