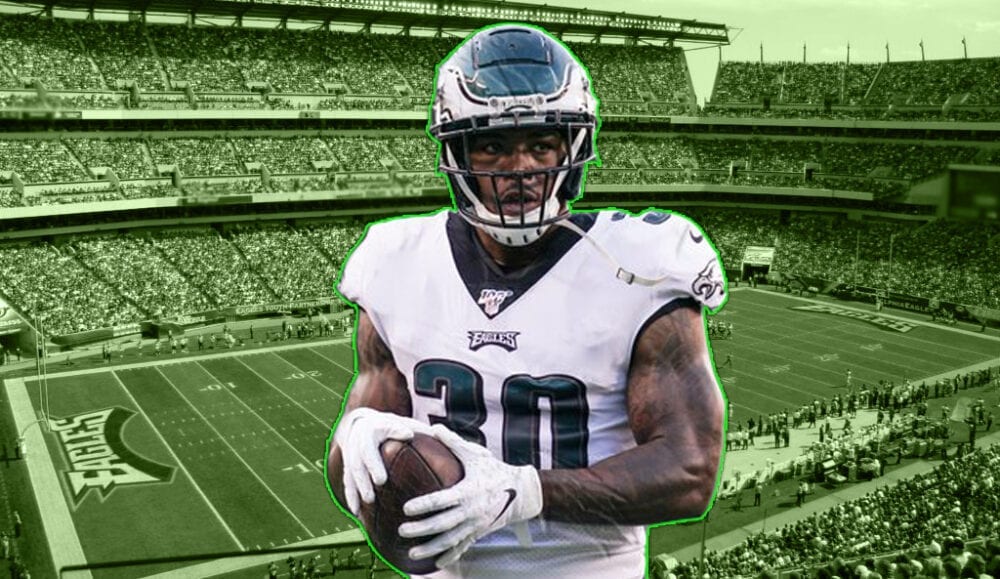 Philadelphia Eagles running back Corey Clement is looking to get back on track following tow injury-plagued seasons that ended his seasons in each campaign, and is impressing his coaches in the process.

Clement re-signed with the Eagles on a one-year deal earlier this year and is hoping to regain his form from a few seasons ago where he was a crucial component of the offense.

“He’s got his ears pinned back,” Eagles assistant head coach/running backs coach Duce Staley said of Clement, according to LehighValleyLive.com. “He looks awesome, you can tell he’s been working. He wants to get back to the old Corey.”

“Corey, when he’s been healthy — obviously that’s been a bit of a challenge unfortunately for him — but when he’s been healthy, he’s really been a great special teams player for us,” Fipp said. “We put together a lot of cut-ups, a lot of film of examples of guys doing really well in the past, so players can watch those, and he’s on a bunch of those films. Just an example of how to play plays and situations for us from the time he’s been with us.”

Group Including Dwayne ‘The Rock’ Johnson Agree to Purchase XFL