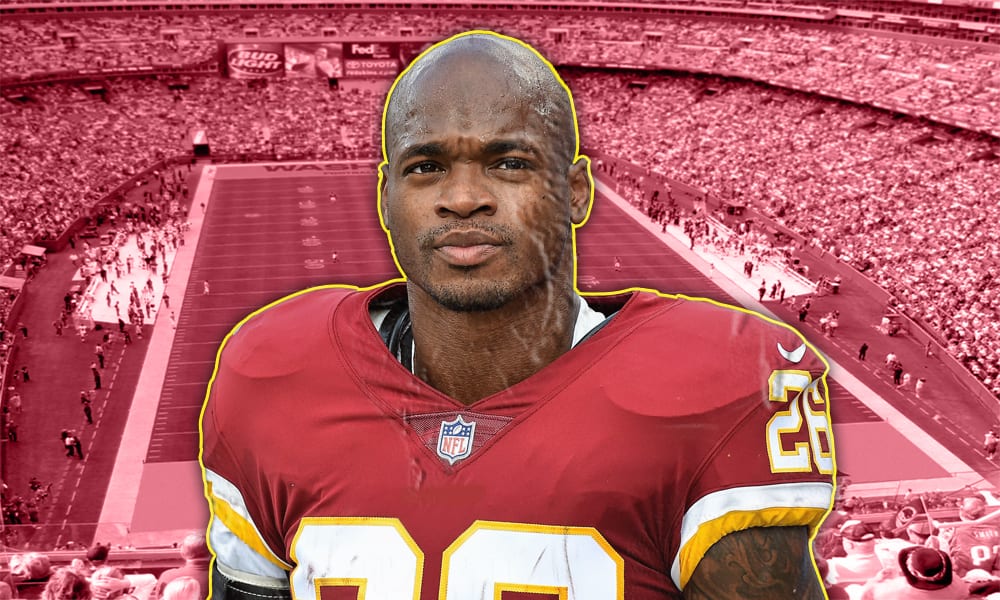 Heading into the 2020 Fantasy Season you may be looking for some mid-late-round sleeper picks you may be able to pick up Washington’s Adrian Peterson who has shifted into the clear-cut starter amid the release of Derrius Guice following his arrest over the weekend.

But, Peterson is 35 years old, and the idea that he will be the bell-cow of the Washington offense is one that comes with reasonable pause.

Peterson is certainly focused on achieving even more in his legendary career, having already racked up 14,216 career rushing yards, but Peterson has his sights on playing a few more years and catching Emmitt Smith, who is the NFL’s all-time rushing leader.

“That’s one of the goals I set to myself when I entered the NFL was to pass the GOAT,” Peterson said, during an appearance on NFL Network’s Good Morning Football. “I look forward to playing a couple more years, 3-4 more years, who knows, depending on how my body is feeling.”

Furthermore, Peterson hasn’t been a big threat as a pass catcher, which would be a boon to his fantasy value. Peterson caught only 17 passes last season, and 20 in 2019, including scoring 1 of his career 6 passing touchdowns.

With Guice out, it seems like Washington is going to put the focus on Peterson, but relying solely on a 35-year old back with as much mileage as Peterson has logged would be foolish.

Look for the team to bring in some competition, which will cut into Peterson’s time.

While he may be a good late-round gamble, Peterson should be avoided in early to mid rounds, and used as bench depth as opposed to a consistent starter.

Related Topics:Adrian Peterson
Up Next