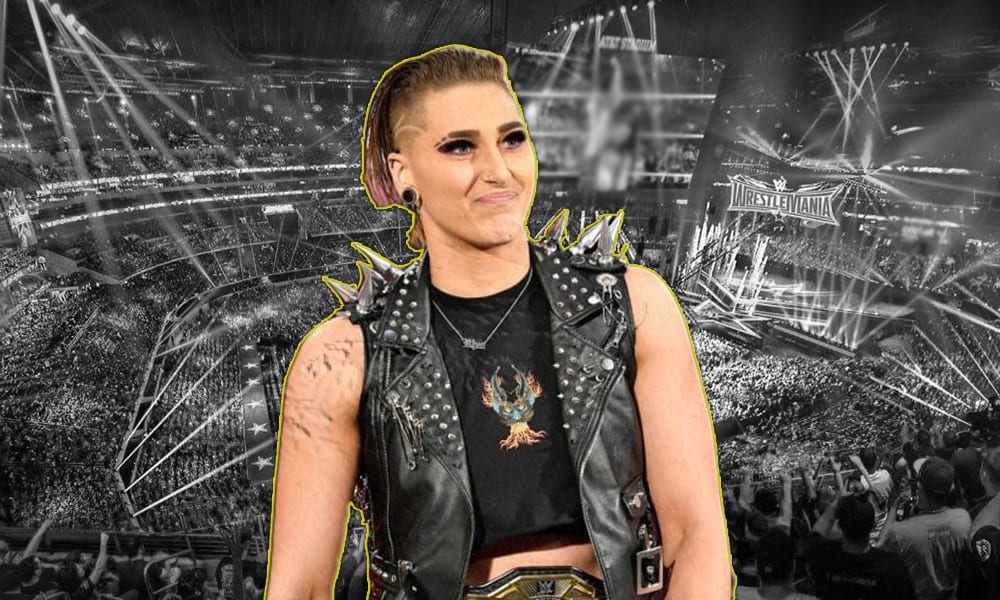 Despite having all the momentum heading into WrestleMania 36, things seemed to have cooled off for NXT superstar Rhea Ripley, who was looking like the next big thing heading to the WWE main roster.

Ripley had been long rumored to be moved from the NXT roster, where she currently resides, and move to either the RAW or Smackdown rosters in WWE, but has not been moved as of yet.

Ripley has made it clear, though, that she has her sights set on recapturing the NXT Women’s Championship, which she lost at WrestleMania to Charlotte Flair.

Ripley is taking the loss as a learning experience, and something to use to improve in the ring.

“Going out there and performing in front of no one I didn’t think I would be able to do, especially stepping in there with none other than Charlotte Flair,” Ripley said. “She’s no easy competitor to step into the ring with and I think that match made me so much better in so many different ways. It’s hard to describe those ways, but it made me feel better about myself and it made my craft better.”

Ripley also spoke about performing in front of fans, and how COVID-19 had impacted her first WrestleMania experience, which couldn’t have fans in attendance.

“I had a little bit of those [I wish there was a crowd] feelings up to WrestleMania just because mostly I was upset that I knew my family wasn’t going to be there, and I haven’t seen them in a long time and I wanted to share that moment with them,” Ripley said.

Fans have certainly noticed that Ripley’s push has cooled a bit, but Ripley understands the cycle.

“I feel like [the spotlight on me] diminished a little bit, but we all have to share the spotlight,” Ripley said. “I had my time to shine and it will come again, but right now Io is the NXT Women’s Champion and I’m working my way back up to be in that spotlight again. Whether that comes or not, we’ll see. I’ve got to try other things and face other people as well. I had my time and everyone is going to have their time and I’m just happy to be here and wrestling and kicking butt.”

Gallows & Anderson Trying To Get AJ Styles Back to Impact Wrestling