Astros' Zack Grienke Comes Through On the Brink of Elimination
Advertisement 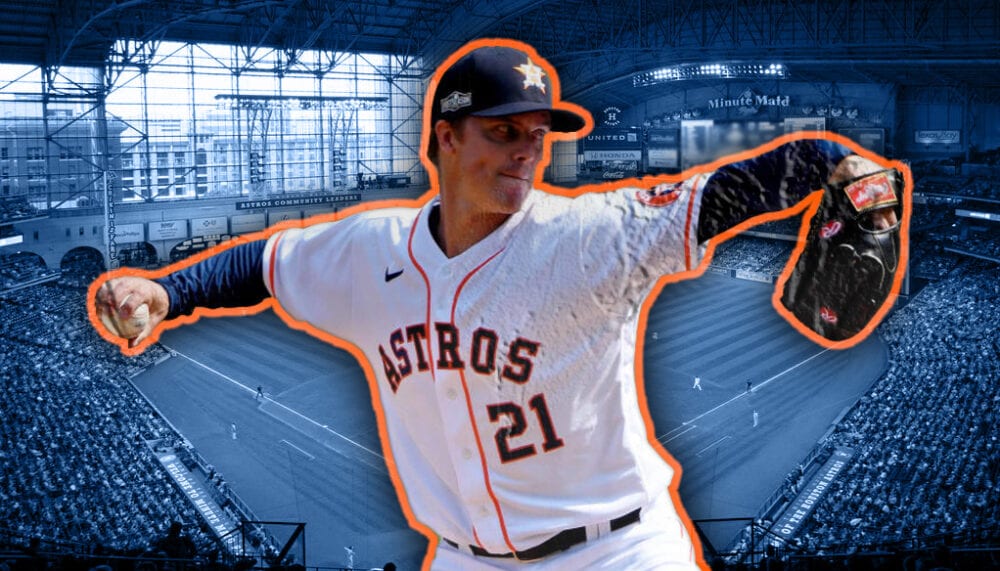 With his team facing elimination in their American League Championship Series battle with the Tampa Bay Rays, Houston Astros hurler Zack Grienke fueled his team to a critical victory to keep his teams’ playoff hopes alive.

Astros manager Dusty Baker stuck with Grienke, against metrics trends based on usage, during the sixth, and that decision led to Grienke escaping a bases loaded jam and handing a lead to the bullpen.

“I can’t lie to you: There were some prayers there on the way back to the dugout,” the 71-year old Baker said, according to ESPN’s Bradford Dootlittle. “Sometimes I talk to my dad, and I just get a feeling.”

Grienke was happy with his manager’s confidence in his abilities.

“My plan was to take him out, but I wasn’t really convinced of my plan,” Baker said. “Sometimes you look in the guy’s eyes, sometimes you listen to the catcher, and you do what you gotta do.”

“He reads people really good, and I don’t think I’ve seen him make a wrong decision when he sees [something],” Greinke said. “He’s been right 100 percent of the time. Not everyone has that skill. Not many people do. He’s been impressive in that regard, for sure.”