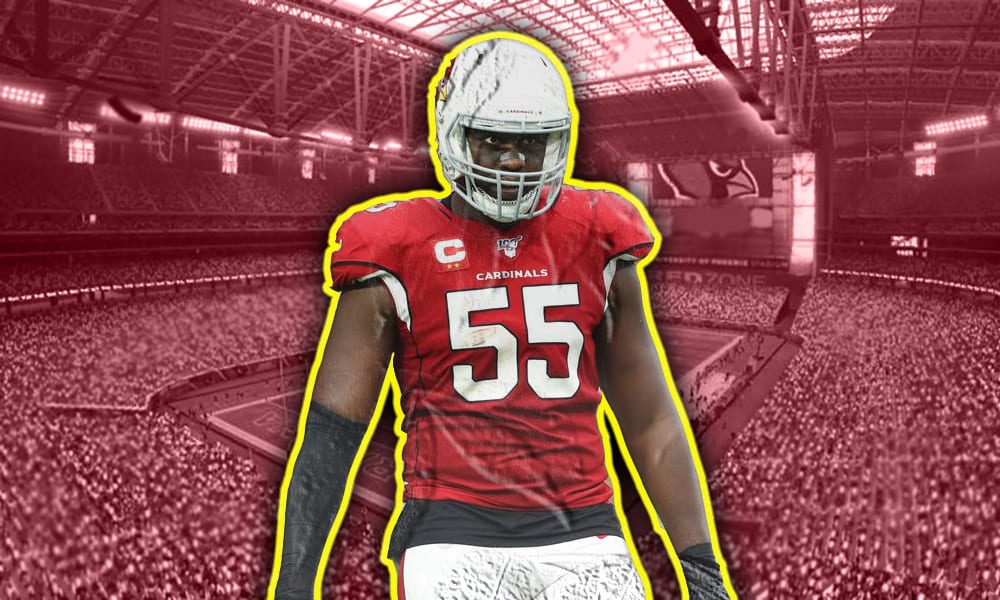 Arizona Cardinals defensive end Chandler Jones suffered a biceps injury during Sunday’s win over the New York Jets and the team believes it could be a season ender.

Cardinals head coach Kliff Kingsbury spoke following the game, and said that Jones’ injury was “probably” season-ending, leading many to believe he suffered a biceps tear.

Jones, 30, hasn’t missed a game since he arrived in Arizona, via trade, back in 2016, and has consistently been one of the league’s better pass-rushers during his tenure with the Cardinals, clocking at least 11 sacks during each of his first four seasons.

Jones is under contract through the 2021 season, so it will be interesting to see how this plays out as there had been no contract extension talks recently.

Related Topics:Chandler Jones
Up Next

Bengals’ D.J. Reader Out for Season with Quad Injury