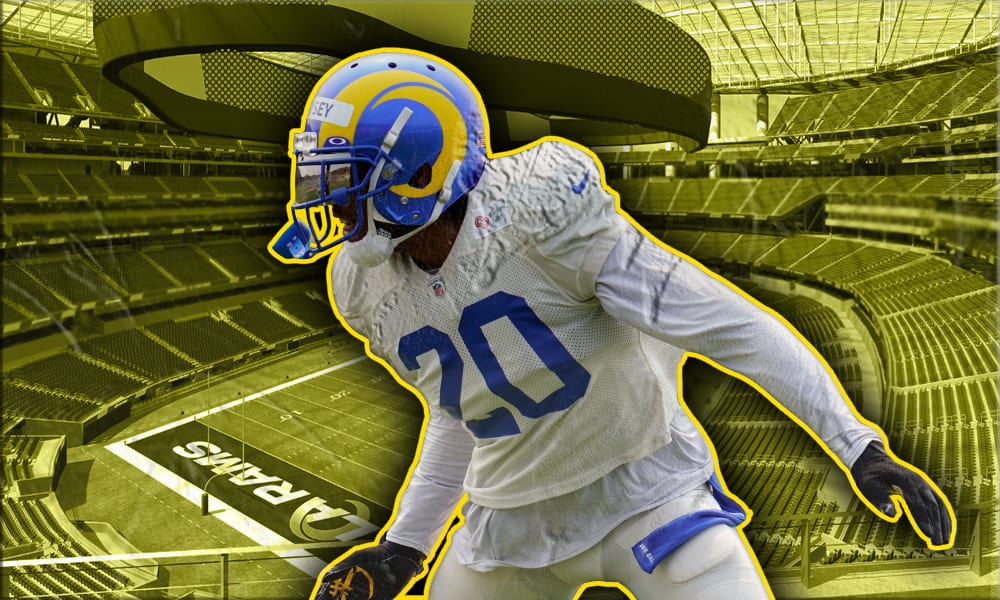 Los Angeles Rams’ cornerback Jalen Ramsey and New York Giants’ wide receiver Golden Tate took their off the field issues on the field as the two exchanged punches following the Rams victory over the Giants on Sunday.

According to ESPN’s Lindsey Thiry, the two players made eye contact before throwing down at the 50-yard line, with both players going to the turf as teammates, coaches, and staff tried to break up the scuffle.

Following the fight, Ramsey was reportedly waiting outside of the Giants’ locker room for Tate, but there was no second fight, according to ESPN’s Jordan Raanan.

“I was shaking hands and kind of got in the middle,” Rams head coach Sean McVay said. “Fortunately, got it broken up and nothing occurred from there.”

“Obviously, want to do our fighting between the whistles for 60 minutes,” Giants head coach Joe Judge said. “I don’t know all the details, so I’m going to reserve comment until I find out everything.”

“We talk to all of our players every week about different things. I’ll keep some of the conversations between our players just between me and the players. We don’t want to have happen at the end of the game to have happened. That’s not the way we want to be as a team. I don’t know all the details. I have to look into that more before I really have any comments to make of it.”

“I just saw a little scuffle and did my best to get people out of there,” Rams quarterback Jared Goff said.

According to Rams safety John Johnson III, the two players have some off-field issues that led to the on-field fight. Ramsey has two daughters with Tate’s younger sister, Breanna.

“They’ve got some stuff off the field, and unfortunately it came onto the field, but I just want to go out there and play football,” Johnson said, during an interview with KNBC-TV. “I try to keep Jalen, his head in the game, and can’t be too upset about it, but hopefully they can squash whatever they had and we can move forward from it.”

Raiders’ Derek Carr Says He is Sick of Losing