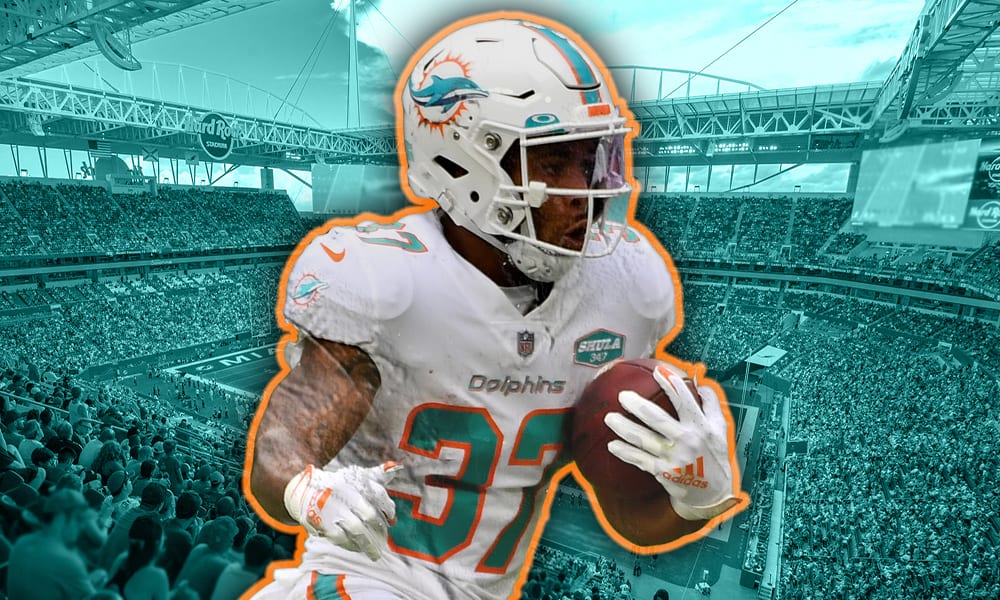 Miami Dolphins running back Myles Gaskin will be placed on injured reserve with a knee injury, according to ESPN’s Cameron Wolfe.

Dolphins head coach Brian Flores announced the development, which means that Gaskin, who suffered the injury against the Los Angeles Rams, will be out for the next three games.

With Gaskin shelved the Dolphins will be looking to Matt Breida, who is currently questionable due to a hamstring injury. Should Breida be unavailable, the Dolphins will turn to Jordan Howard, who has been used sparingly since signing with the team during the offseason.

“We got some guys banged up. Jordan Howard, he’s always practiced hard. I think he’s a good runner. That’s why we brought him here. He’ll get an opportunity,” Flores said. “[Breida] still got a chance. Hamstrings are tough. We’ll see how this goes throughout the week, but we like the depth in the backfield.”

The Dolphins also have running back DeAndre Washington, who was acquired earlier this week ahead of the NFL trade deadline, however he won’t be eligible to play this Sunday as he goes through COVID-19 protocols.