Knicks, Hornets Believes to Be Only Teams Interested in Russell Westbrook
Advertisement 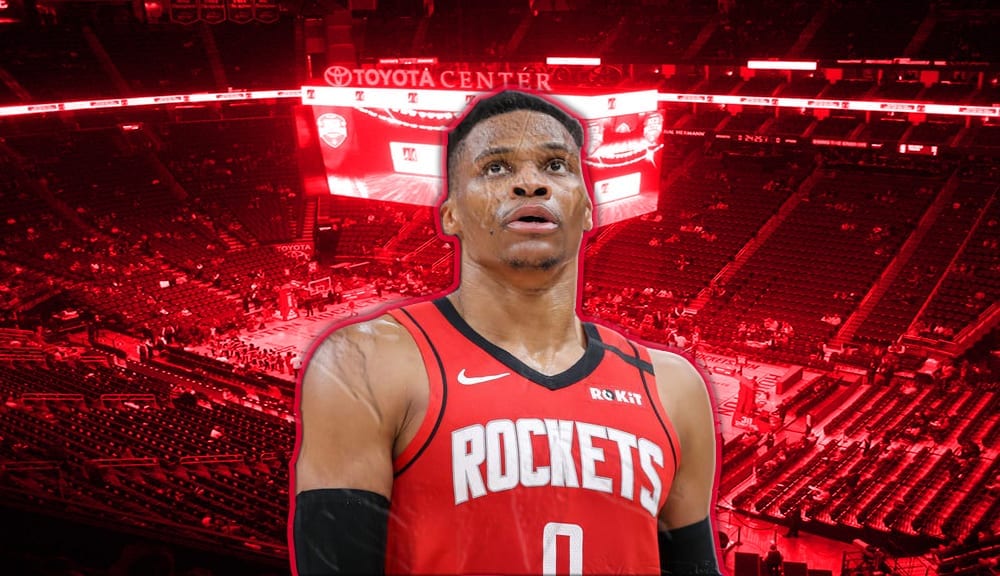 The New York Knicks and the Charlotte Hornets are believed to be the only teams with “verified trade interest” in Houston Rockets guard Russell Westbrook, according to the New York Times’ Marc Stein.

Westbrook has indicated that he would like to be moved, as it seems that the Rockets will also be losing star guard James Harden this offseason, embarking on a rebuild.

According to The Ringer’s Kevin O’Connor, the Hornets are considered to be the team that is “most likely” to trade for Westbrook, with principle owner Michael Jordan interested in bringing in Westbrook.

According to Marc Berman of the New York Post, “the Knicks have cap space to inherit the three years and $130 million left Westbrook’s contract. It would be more palatable cap-wise if a deal includes Julius Randle and Dennis Smith Jr., plus sweetened by one of Dallas’ two future first-rounders.”

Related Topics:russell westbrook
Up Next

Gordon Hayward Hasn’t Made Up Decision on Future with Celtics