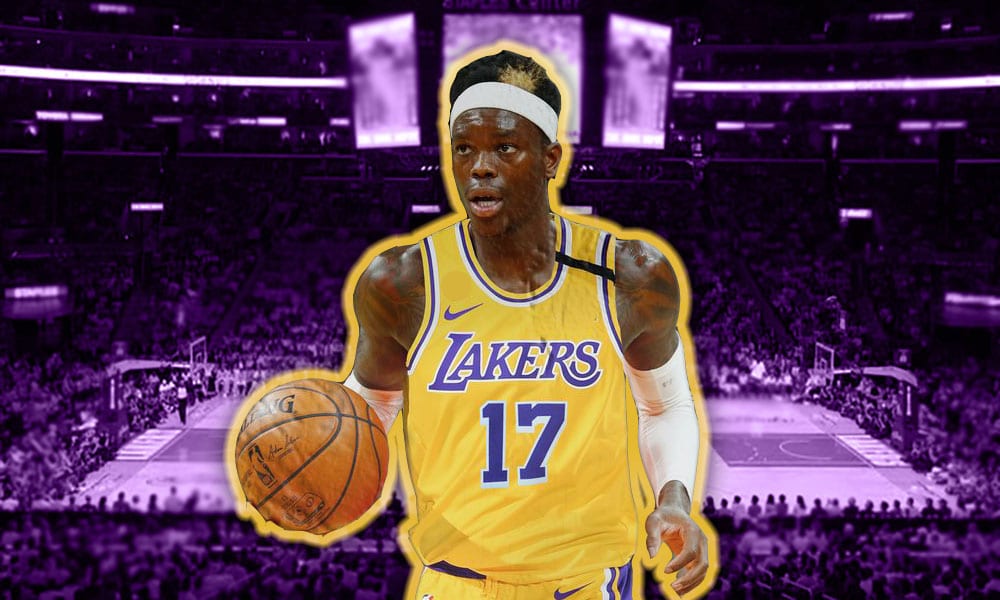 Los Angeles Lakers point guard Dennis Shroder was recently acquired from the Oklahoma City Thunder via trade, and he already plans to have a big impact on this new team.

Shroder intends to be the Lakers starting point guard as they defend their NBA Championship in 2020-2021.

“I did this off-the-bench stuff already in two years with OKC,” Schroder said, according to Dave McMenamin. “I think I try to move forward, and I think with [Anthony Davis] and LeBron, I can be helpful as a starter in the PG position.”

“I think my agent talked to the organization before they was trading me,” Shroder said “So, that’s that.”

Shroder averaged 18.9 points and four assists per game in the sixth man role last season, and was a key acquisition for a re-loaded Lakers roster that looks to be a championship favorite again this upcoming season.

Schroder is in the final year of his contract and plans to just focus on this season instead of his long-term future.

“End of the day, I just try to focus on this year,” Shroder said. “But if it’s a fair deal and everything goes right, then, of course, I think long term. But I just try to lock in now for this season, take it day by day and let’s see if we come to an agreement on that.”

Related Topics:Dennis Schroder
Up Next

Celtics’ Kemba Walker Out Until January