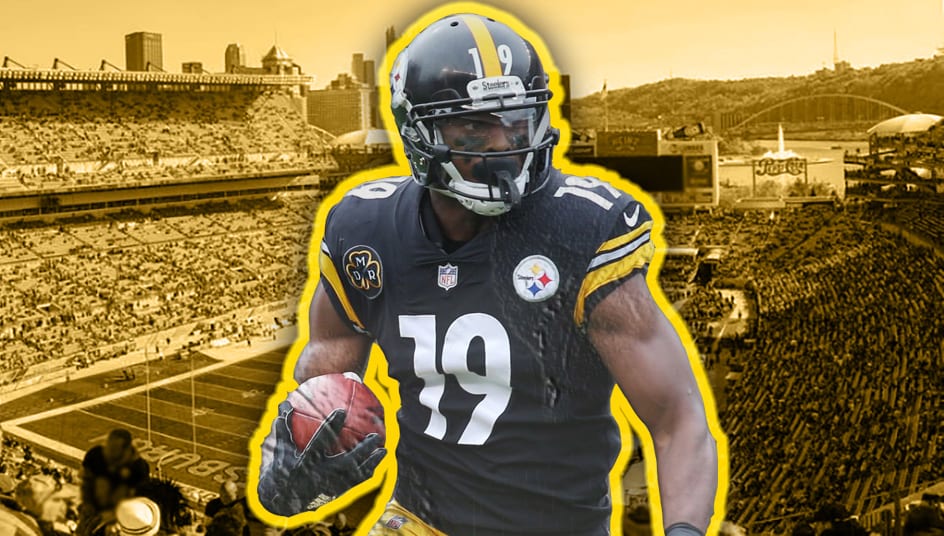 Content-creation on the TikTok platform normally provides daily entertainment, but thanks to one particular video posted by Pittsburgh Steelers wide receiver JuJu Smith-Schuster, the Buffalo Bills were extra motivated to hand the Steelers their second loss on the season.

Prior to Sunday’s game between the Bills and the Steelers, Smith-Schuster posted a TikTok video of him dancing on the Bills logo, which didn’t sit well with Bills players, and gave them a bit of extra motivation to knock off the AFC powerhouse Steelers.

“We felt the momentum of the game swing,” Bills’ defensive back Jordan Poyer said, according to Syracuse.com’s Matt Parino. “And I ain’t going to lie. Seeing them dancing on our logo pre-game and seeing all that, that turns you up a little bit. It kind of gives you a little second itch to come out and play with some extra fire. We were hyped up on the sideline, we had a big win. And we were just having fun.”

Check out a clip of Smith-Schuster dancing on the logo prior to the game:

#Bills safety Jordan Poyer said they noticed #Steelers players (JuJu Smith-Schuster) dancing on their logo before the game and that hyped them up. “That turns you up a little bit. Gets you a second itch to play with some extra fire.”pic.twitter.com/ZLdtxG8fMT