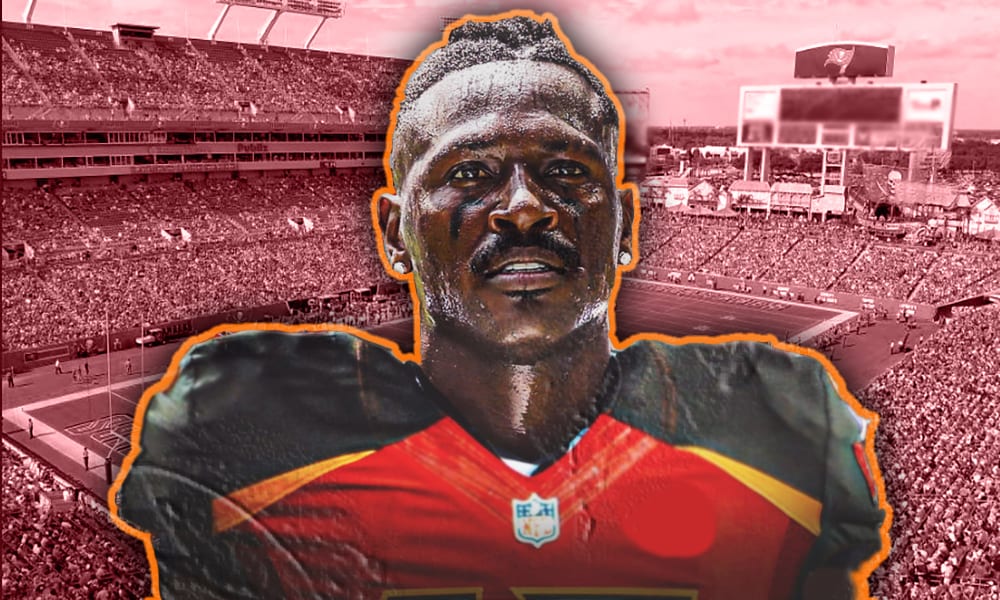 The Tampa Bay Buccaneers will be without wide receiver Antonio Brown for Sunday’s NFC Championship Game against the Green Bay Packers at Lambeau Field, according to ESPN’s Jenna Laine.

Bucs head coach Bruce Arians announced that Brown was ruled out on Friday. Brown suffered a knee injury during the Bucs Divisional Round victory over the New Orleans Saints last Sunday/

“I just talked to him this morning, and to put him on the plane and fly up there and have it swell more doesn’t make any sense,” Arians said. “He wasn’t as close as we’d hoped, so we’ll get him ready for the next one.”

“I think if you just look to last week, when Scotty and Tyler made those huge plays in the fourth quarter, the amount of trust that the coaches and Tom have in those guys just because they’ve earned it. Their performances have earned it,” Arians said. “Antonio will be missed, but we’ve got capable people stepping in.”

Arians had described him as “day to day,” but Brown wasn’t able to progress quickly enough in his healing to be able to play on Sunday.

“He’s looked real good. He’s been running around for almost three weeks and had a real good practice yesterday and a good one today,” Arians said. “We haven’t made that determination yet, but we’ll see if we want to activate him or not. There is a chance.”

“It obviously sucks for Antonio. We wish he could be out there with us,” Bucs quarterback Tom Brady said. “Other guys are gonna have to step up and do the job. I’ve got a lot of confidence in the guys that haven’t been out there as much when AB’s been in there.”