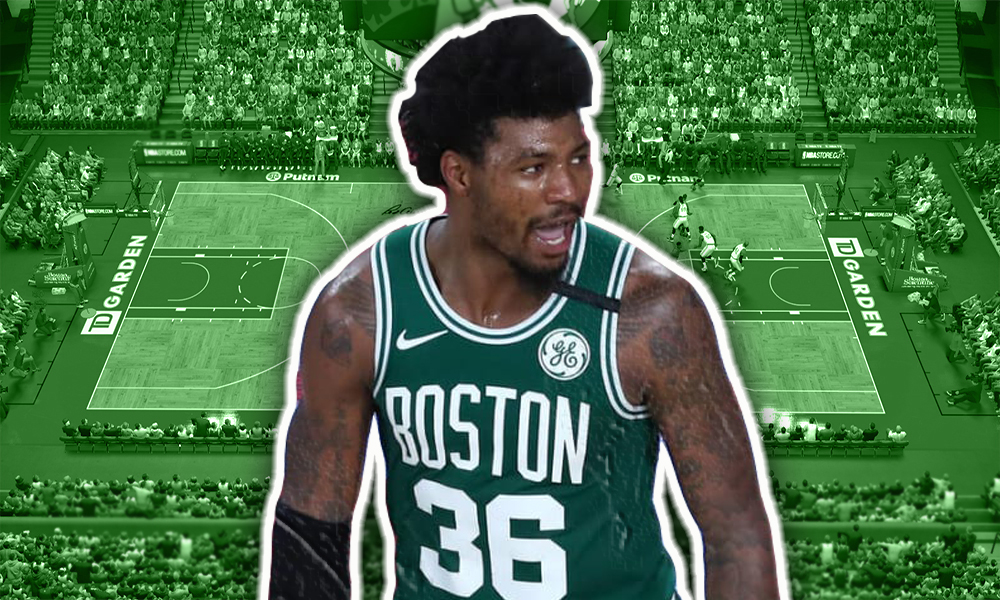 Boston Celtics veteran guard Marcus Smart is expected to miss one-to-two weeks, following an MRI performed on Sunday, due to a Grad 1 left calf strain, according to ESPN’s Adrian Wojnarowski.

Smart was forced to exit the fourth quarter of the Celtics’ 96-95 loss to the Los Angeles Lakers on Saturday due to the injury. Smart had entered the game averaging 13.2 points and 6.0 assists per game, both career highs, for Boston during this season.

The Celtics have lost two games in a row and are now set to embark on a five-game West Coast trip that kicks off on Tuesday against the Golden State Warriors.

Related Topics:Marcus Smart
Up Next