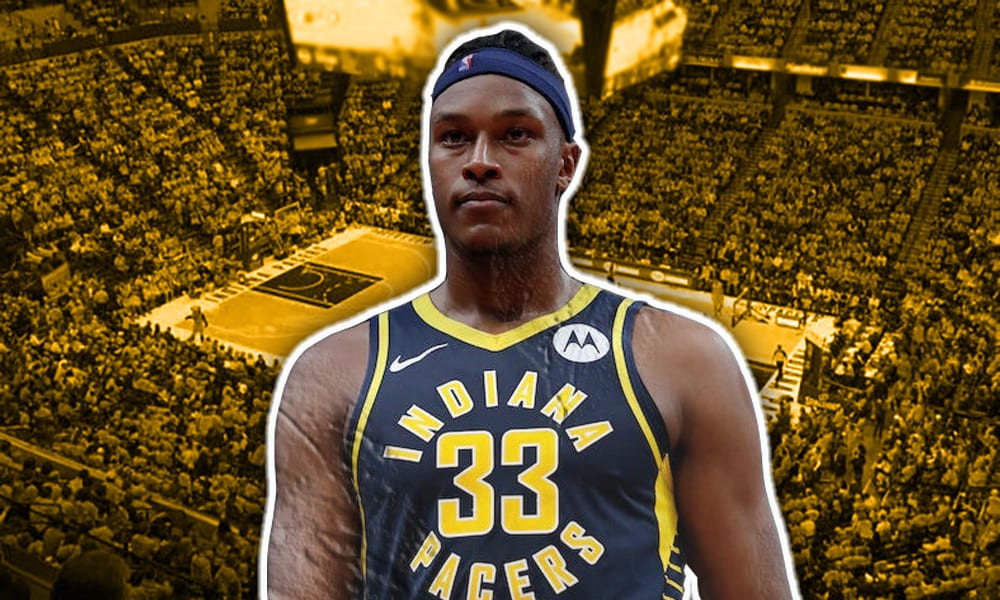 Indiana Pacers big man Myles Turner suffered a slight fracture in his right hand and will be re-evaluated in the coming days, according to The Athletic’s Shams Charania.

Turner is currently the league leader in blocked shots with 4.2 per game, but has become less of the Pacers’ offensive focus due to the strong play of Malcolm Brogdon and Domantas Sabonis this season.

Turner has collected 12.4 points and 6.8 rebounds, to go along with his blocks, this season for the Pacers.

Related Topics:Myles Turner
Up Next