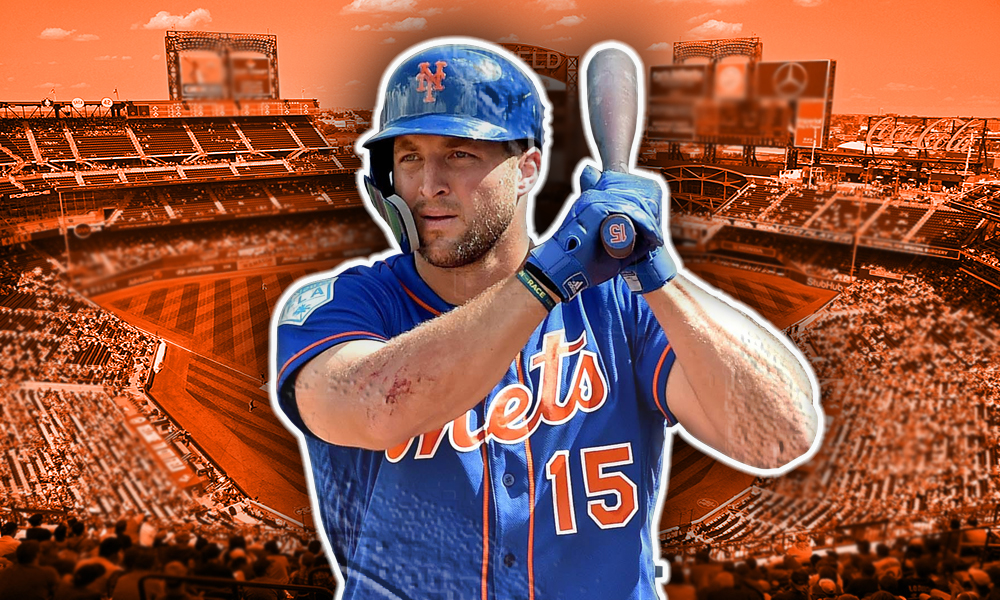 The always-doomed Tim Tebow farce is officially over.

“I loved every minute of the journey,” the tweet said. “But at this time I feel called in other directions.”

The 2007 Heisman winner and two-time National Champion quarterback at the University of Florida made waves when he announced his desire to play professional baseball after a short-lived but enigmatic NFL career. While undoubtedly a specimen athletically, Tebow hadn’t played baseball competitively since his junior year of high school.

While most MLB front offices laughed off Tebow’s attempt at a Michael Jordan-esque career change, then-Mets owners Fred and Jeff Wilpon saw the perfect cash grab opportunity. What better way to fill the stands in spring training or oft under-attended minor league games than to throw Tebow out there and hope he does something of note?

Predictably, his numbers over five years were less than impressive. His best year came in Double-A ball in 2018, where he was named an All-Star and hit .273 with six home runs in 84 games. Triple-A was less kind to the lefty outfielder, as he hit just .163 with four homers in 77 games. All told, the former first round pick of the Denver Broncos hit .223 over 287 career games in the minors.

Despite Tebow’s baseball career amounting to no more than a marketing ploy from the Mets organization, he was still an easy guy to root for. Any fly ball hit his direction was equally likely to be misjudged and sail over his head as it was to result in an incredible catch. And although few and far between, it was a sight to behold when he did connect on a pitch with his 245-pound frame. Off the field, his character has always been lauded by those around him.

Tebow was, for one reason or another, set to participate in spring training again this year before announcing his retirement, presumably to focus more on his role as a football analyst with the SEC Network.

In reality, there was virtually no hope of Tebow ever playing for the big league club, and his signing and routine parading throughout the spring was plenty of fuel for the “same old Mets” crowd.

Now, thanks to Tebow’s own accord, that’s over, and I’d expect with new owner Steve Cohen that this kind of cosmetic move is a thing of the past. Cohen, and his deep pockets, has no need to fool fans into watching the team. He’s preached his desire to provide a winning product above all else, which includes using your developmental leagues for actual prospects.

Of course, Cohen also hired Sandy Alderson — who was the General Manager at the time of the Tebow signing — as his President of Baseball Operations and their tenure, while still in its infancy, has already been marred with controversy. Jared Porter, brought on by Cohen and Alderson as GM, was let go just months after his hiring after news of him harassing a female employee while a member of the Cubs front office in 2016. Former Mets Manager Mickey Calloway has been suspended by the Angels for similar conduct, and on Wednesday it was revealed the club had terminated hitting coordinator Ryan Ellis for his own indefensible actions towards women.

While much of this conduct had nothing to do with Cohen, his path to taking the Mets from laughing stock to well-run contender won’t be any easy one. But he’ll do well to remember the many shortcomings of his predecessors both off the field and on it — like not properly vetting coaches or signing a football player with a big name to make a quick buck — and not make those same mistakes.