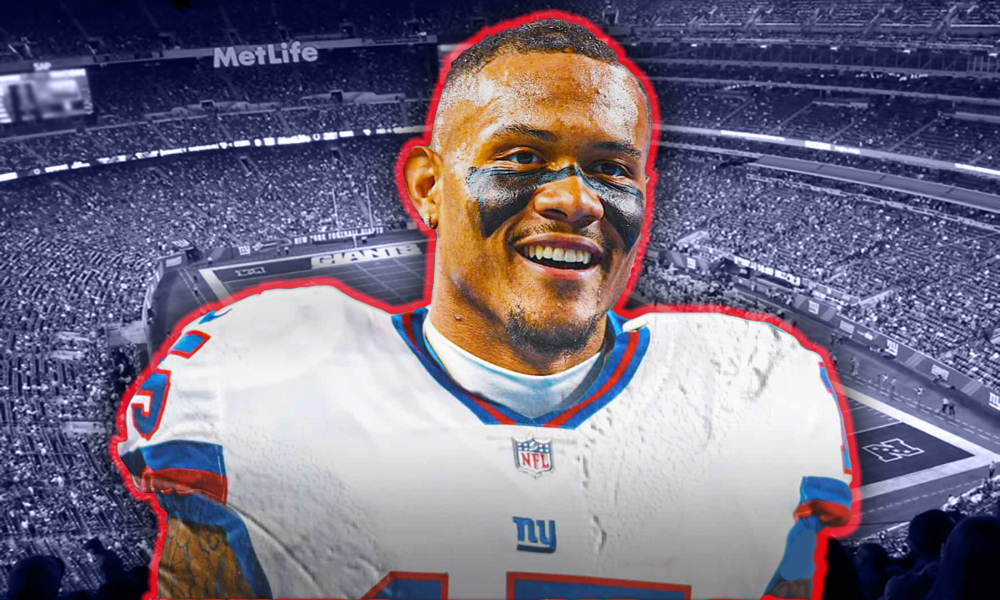 The New York Giants gave Kenny Golladay a major payday. As a former Detroit Lion, he led the NFL in receiving touchdowns in 2019. And having dynamic catch ability directly impacts the Giants. Daniel Jones should feel relieved to have a true number-one receiver, especially with two solid receivers in Sterling Shepard and Darius Slayton.

After a rough start, the New York defense did a complete 180 and wound up finishing ninth in the NFL. Adding Adore Jackson, who received a big payday can help build the unit. And securing a long-term contract for the 2020 All-Pro snub in Leonard Williams impacts the defense as well. But general manager Dave Gettleman‘s clear focus is Daniel Jones’ future.

Gettleman also added John Ross, the former ninth overall pick in the 2017 NFL Draft. The speedy receiver is looking to revive his injured-laden career. Spectacular running back Saquon Barkley is also looking to return from injury. Who was spotted working out with former teammate Odell Beckahm Jr. Will retaining  Jason Garrett have an effect on Kenny Golladay?

Rehabbing from a hip injury, Golladay should ease play-calling for Jason Garrett. If the speedster (Ross) can play every game, it will open up more opportunities to show that Golladay is more than a deep-threat. Golladay has averaged 16.7 yards per touch in his career but isn’t afraid to go across the middle. While being able to take the top of the defense, Golladay has shown physicality with his contested catches. So Daniel Jones has no excuse to not be successful in the NFC East.

The Dallas Cowboys may be the biggest threat to the Giants, but you can’t count out the Washington Football Team. Patrick Graham revitalizing the Giants defense can keep the momentum going into 2021. Kenny Golladay brings a special catch radius that will be a safety blanket for Daniel Jones. New York Giants fans should have hope. This offense could actually be electrifying and give the franchise their first playoff push in years.