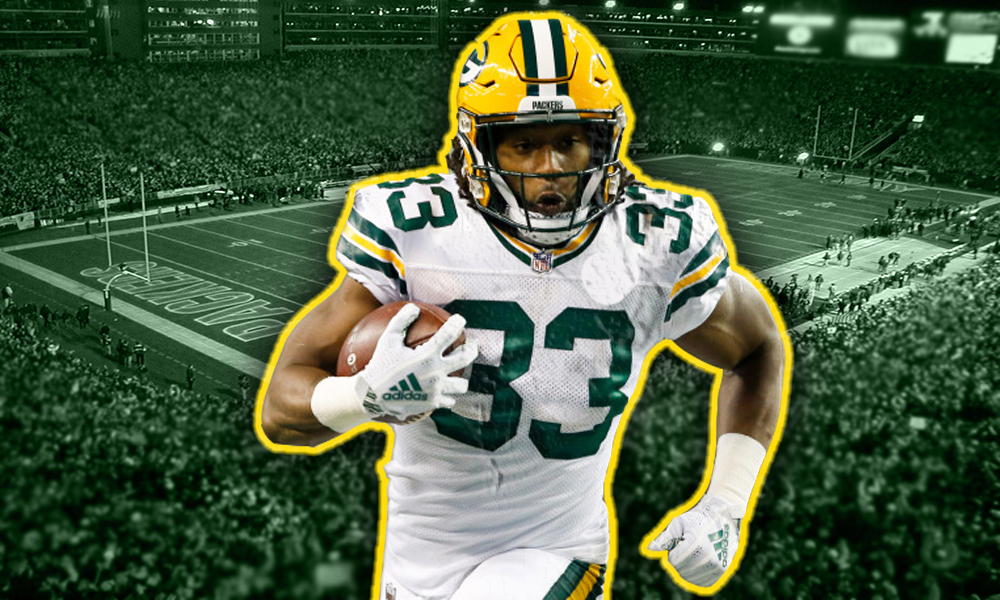 The Green Bay Packers have some work to do in retaining their own players as the free agency period is on the horizon and with running back Aaron Jones and center Corey Linsley both set to hit the open market.

Packers general manager Brian Gutekunst certainly understands the position the team is in, and in regards to Jones, the team has not ruled out utilizing the franchise tag to ensure that he remains in Green Bay moving forward, with a long-term contract the desired outcome.

“We certainly could (tag Jones). I think it’s something we’re working through. Again, it’s not a philosophical thing to avoid it,” Gutekunst said, according to ESPN’s Rob Demovsky. “I do think there’s usually better ways to go about it, but certainly if I think as we get down the road here over the next week or so, if that becomes what is in the best interest of the Packers, I think we’ll do that. But at this point, we haven’t done that.”

Linsley is someone else that the Packers would like to bring back next season.

“Finding a way to bring him back would be ideal, but at the same time obviously, at the level of compensation that he’s at, he’s earned that,” Gutekunst said. “We certainly would never close the door on someone like Corey Linsley. We’ll see as we get down what’s possible and what’s not.”