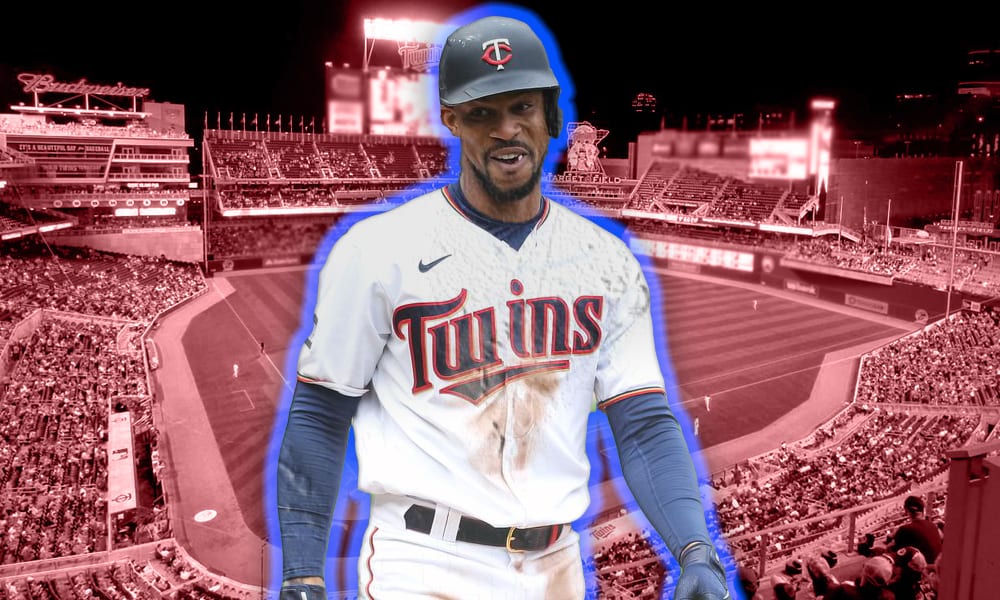 Though the Minnesota Twins have struggled this season, Byron Buxton has started the 2021 MLB season on fire. This may finally be the year that Buxton fulfills all of the promise that comes with being the number one prospect in baseball for several years.

So far in this young season, he looks every bit the 5-tool player that the Twins organization envisioned him to be when they made him the number two overall pick in the 2012 Amateur Draft.  Bryon is annihilating major league pitching with 6 home runs, 11 RBI’s and a  .392 batting average. The result of all of this is that he currently carries an out of this world 1.299 on-base plus slugging percentage.

In addition to his hitting prowess, he continues to play a flawless centerfield and wreak havoc on major league basepaths. “Watching him just completely change ballgames single-handedly is just something that never gets old,” Twin’s manager Rocco Baldelli said, according to the Associated Press’ Dave Campbell.

It was not that long ago when the Twins had major doubts about Buxton. Always a gifted fielder and baserunner, due to injuries, he has struggled in his quest to become a consistent Major League hitter. Buxton has only topped 500 at bats once in a season since his initial call-up to the majors in 2015. He’s had improved offensive numbers over the past two seasons, but the nagging injuries persisted.

So, what has brought about the change this year. Buxton attributes it to his wife and two sons Brixton and Blaze. “Without them, I wouldn’t be in this spot,” he said. “For them, they keep me as clear as I possibly can (be). So, this right here is just the icing on the cake for us to be able to come out here and play baseball.”

Former Twin Justin Morneau commented on a recent broadcast that Buxton has a calmness to him at the plate that he has never seen before. He went on to say that you can just see the confidence on Buxton’s face when he is in the box. The Twins have so much confidence in Byron now that he lately has been batting in the clean-up spot.

Barring injuries, if Buxton continues to play at an All-Star level, he will be an important cog to whatever success the Minnesota Twins have this year. They hope that translates into not only a third straight AL Central Division title, but also a deep playoff run. This is the success that has eluded this talented team the past two seasons.