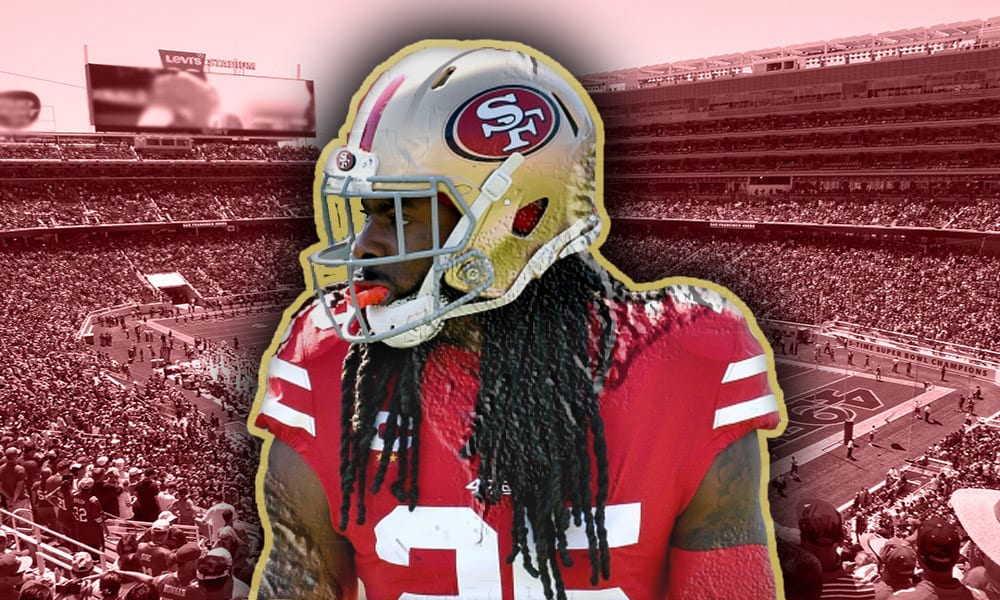 Former San Francisco 49ers cornerback and current free agent Richard Sherman is being investigated for burglary domestic violence, which is a felony charge, according to public records, via ESPN.

Sherman, 33, was booked at 6:08 a.m. local time Wednesday at the King County Correctional Facility in Seattle and records state that he was denied bail. However, per ESPN, a spokesman for the Redmond (Washington) Police Department told ESPN that is standard procedure for suspects of domestic violence until they can appear before a judge.

The Washington State Police are also investigating Sherman for a separate incident that happened earlier Wednesday morning.  Additionally, Sherman is being investigated by the state police in connection with a hit and run and damage to state Department of Transportation property.

Sherman is a vice president of the NFL Players Association’s executive committee, and the NFLPA released a statement regarding the incident.

“We were made aware of an arrest last night of one of our player leaders for an alleged domestic violence incident and have activated our domestic violence crisis protocol for the protection and support of everyone involved,” the NFLPA said in a statement. “We will continue to monitor events closely as more facts are made available to us.”

More details from the police report can be found on ESPN.