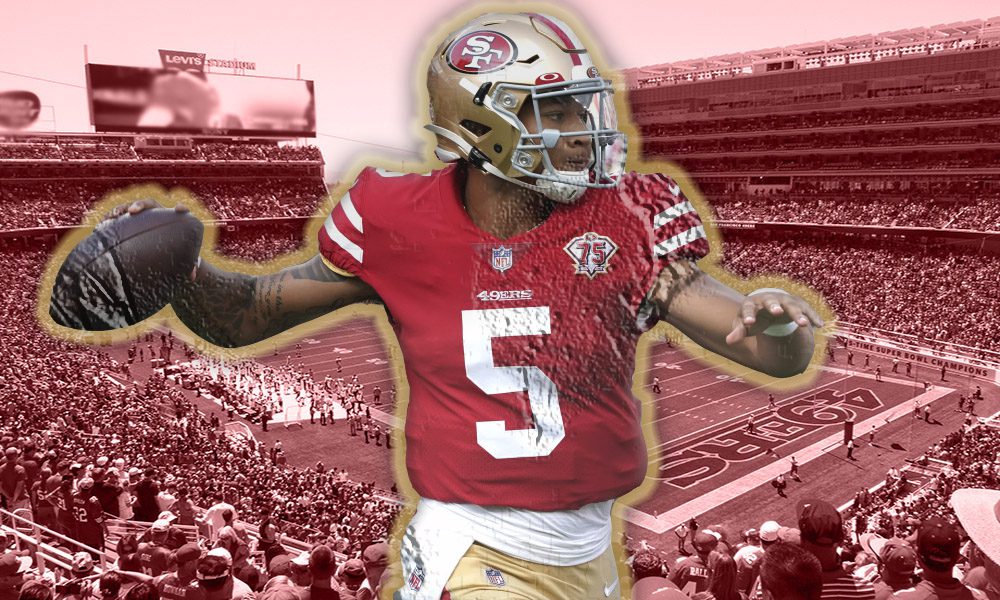 The San Francisco 49ers got to see their rookie quarterback Trey Lance in his first live-game action during Saturday’s preseason tilt against the Kansas City Chiefs, and Lance turned in a decent performance.

Niners head coach Kyle Shanahan shared his thoughts on Lance’s game, and seemed to suggest that he wished he had given the rookie more time in the game. Lance completed five of 14 throws for 128 passing yards during his debut

“But Trey, what he showed in that game is, you know, I wish I could have left them there longer” Shanahan said, according to NFL.com’s Kevin Patra. “I know he enjoys playing and he’s only been able to play one game in over a year, but I think it was good for him to get out. I think he started out good, got a little excited sometimes which he does. And you get a little excited, some of your technique and stuff you lose which will be fun to watch with him. Trey’s a guy who’s tough on himself and loves to correct things and since we’ve had him he’s been very good at correcting mistakes.”

Lance is certainly making a case to be considered for the starting gig currently manned by Jimmy Garropolo.