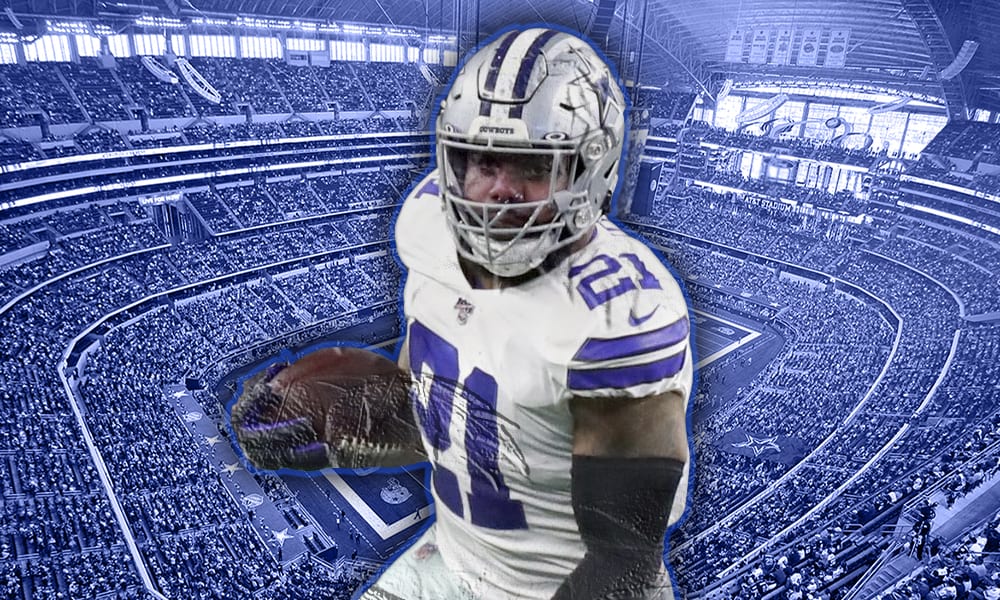 Dallas Cowboys running back Ezekiel Elliott has restructured his contract ahead of the 2021 regular season that will provide the Cowboys more cap space to utilize throughout the upcoming season.

According to OvertheCap’s Jason Fitzgerald, Elliott restructured his deal by converting $8.6 million into a signing bonus which, as a result, created more cap space for the Cowboys for the 2021 season.

Per the report: “In preparation for the start of the regular season the Dallas Cowboys have restructured the contract of running back Ezekiel Elliott to create $6.88 million in cap room. Elliott had $8.6 million of his salary converted to a signing bonus reducing his cap number from $13.7 million to $6.82 million. Dallas now has approximately $12 million in cap space for 2021 which is more than enough to cover the regular season.”

“Elliott’s 2022 cap number will now increase by $1.72 million to $18.22 million next year. His dead money increased by $6.88 million but because his salary for 2022 is already guaranteed that was of no concern for Dallas in making this decision. Elliott will now cost $11.86 million to release in 2023 which is the year the salary cap is expected to return to more normal levels.”

Related Topics:Ezekiel Elliott
Up Next