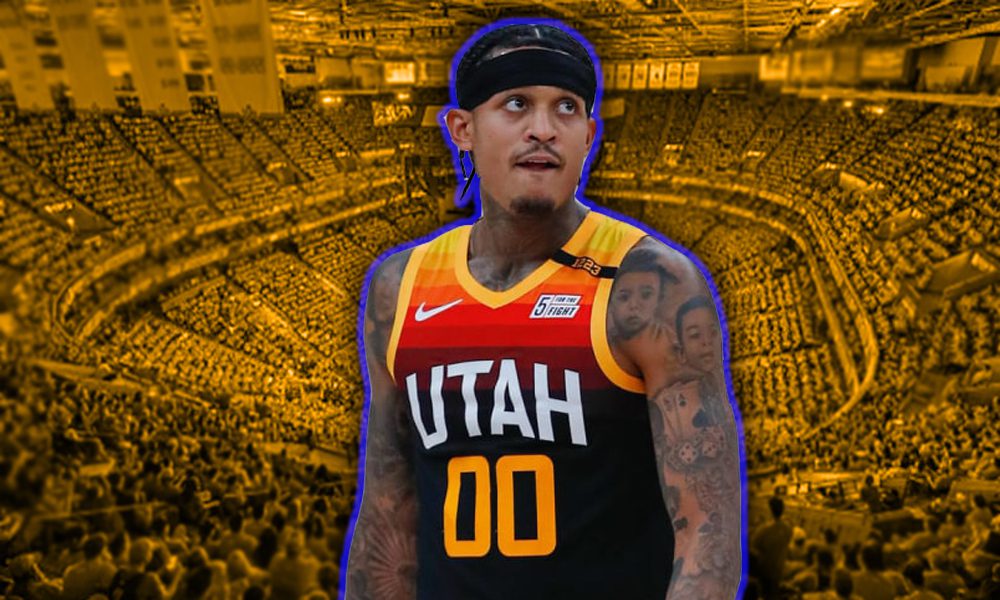 Utah Jazz guard Jordan Clarkson fueled the short-handed Utah Jazz, who were playing without superstar guard Donovan Mitchell, to a victory over the San Antonio Spurs after he got into a confrontation with a Spurs fan that Clarkson claims “crossed the line”.

Clarkson, a San Antonio native, was clearly upset by a non-call on a shot attempt and was late on getting back on defense, which allowed San Antonio’s Doug McDermott to hit a 3-pointer with four minutes remaining in the game. The Jazz would call a timeout at which point a fan stood up and yelled at Clarkson, who initially ignored the fan.

However, Clarkson says the fan “crossed the line” with what he said, but did not repeat what was said. Clarkson would then turn around and walk towards the fan which prompted his teammates to hold him back and security to get between the two. Security eventually escorted the fan out.

“The guy just keeps antagonizing me, like almost challenges me like, “What you gonna do?'” Clarkson said (h/t ESPN). “After saying a bunch of stuff. I make money, I ain’t trying to lose no money. I’m going to lose more money than he’s going to lose. He’s probably going to just get kicked out of the game. We’re playing basketball, having a good time. Fans got to learn, we’re human, we’re people, too. Stuff like that just can’t fly.”

Clarkson scored 23 points and sealed the 110-104 victory with a pair of free throw shots following the confrontation.

Related Topics:Jordan Clarkson
Up Next

Donovan Mitchell to Miss Time with Lower Back Strain