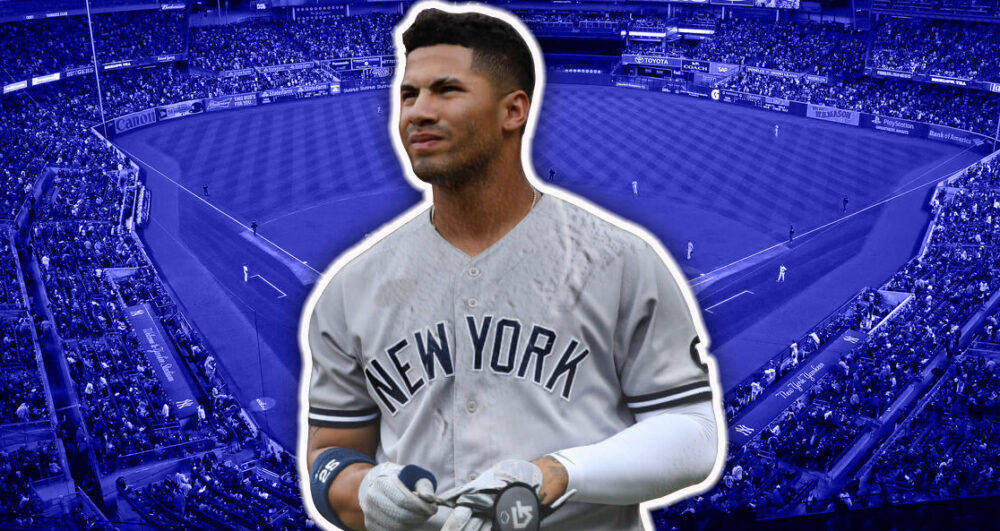 New York Yankees infielder Gleyber Torres certainly savored the moment when the final out was made that eliminated the Cleveland Guardians from the postseason and pushed the Yankees to the ALCS against the Houston Astros.

As Torres tagged second base for the final out, capping off the Yankees series ending victory, he mocked the rock-the-baby taunt while staring down  Guardians first baseman Josh Naylor and the Guardians dugout.

Naylor made the taunt, in over the top fashion, after hitting a homerun during the fourth inning of Sunday’s Game 4 in Cleveland. That seemed to fuel the Yankees, and particularly Torres.

“We got our revenge. We’re happy to beat those guys. Now they can watch on TV the next series for us,” Torres said following the game, according to ESPN’s Coley Harvey. “It’s nothing personal. Just a little thing about revenge.”

While the Guardians season ended, Naylor enjoyed playing the villain during the series.

“That was awesome. That was so sick,” Naylor said of the Yankee fans booing of him. “That was honestly like a dream come true as a kid — playing in an environment like this where they’ve got diehard fans, it’s cool.

“The fact I got that going through the whole stadium, that was sick.”

“I knew they would come up with something, and I kind of figured it was that chant,” Naylor said of the Yankee fans chant of ‘Who’s Your Daddy’. “If anything, it kind of motivates me. It’s fun to kind of play under pressure. It’s fun to play when everyone’s against you and when the world’s against you. It’s extremely fun.

“That’s why you play this game at the highest level or try to get to the highest level: to play against opponents like the Yankees or against the Astros or whoever the case is. They all have great fanbases and they all want their home team to win, and it’s cool to kind of play in that type of spotlight and in that pressure.”