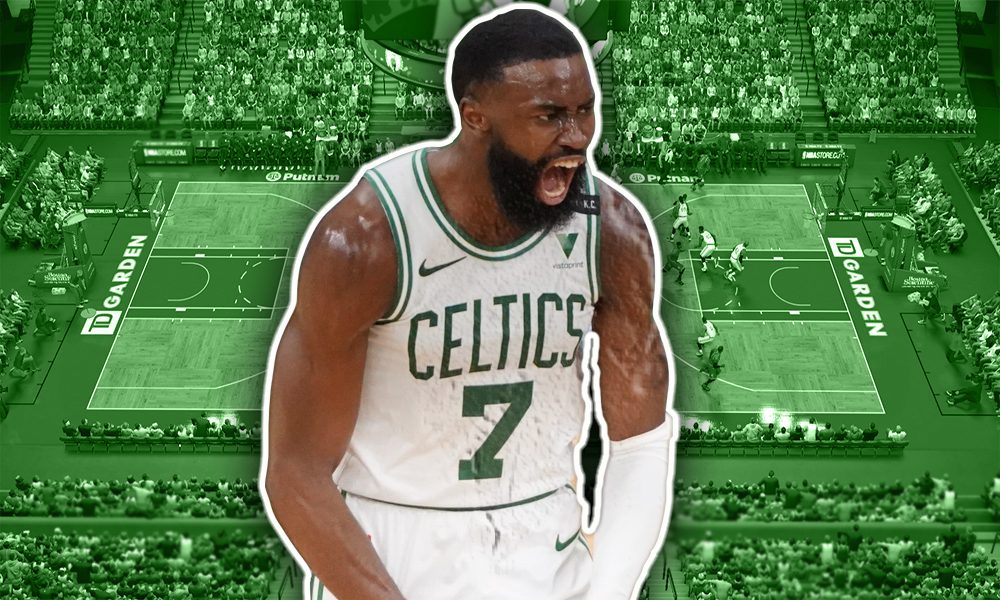 Boston Celtics star Jaylen Brown was out of action on Saturday night as the Celtics defeated the Detroit Pistons 117-108 as the guard was dealing with a knee injury, but provided an encouraging update following the game.

“I’m alright,” Brown said, according to Souichi Terada of Mass Live. “I had the doctor take a look at my knee. I rolled my ankle last game too. So just a little bit banged up, but I’ll be fine.” Brown added that he is dealing with multiple injuries.

“His knee just didn’t react from a 24-hour period, less than 24 hours,” Celtics interim head coach JoeMazzulla said. “So we just thought of what’s best in the long-term is to have him rehab that and hopefully he’ll be ready Monday.”