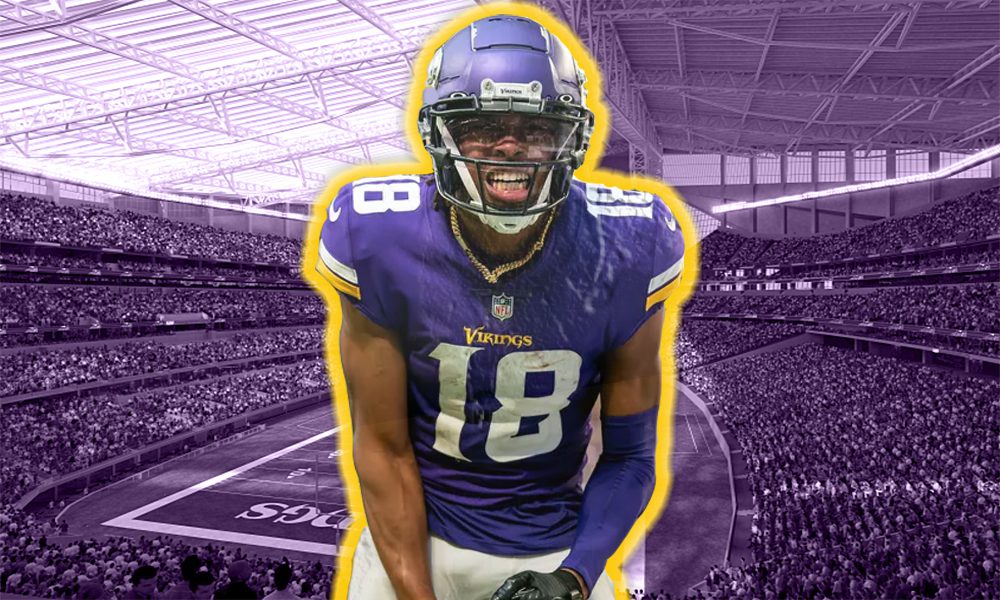 The Minnesota Vikings are reeling following their 40-3 brutal blowout loss to the Dallas Cowboys on Sunday and Vikings wide receiver Justin Jefferson is upset about how the team played against another NFC contender.

Jefferson called the loss “embarrassing” and “a disaster all around” before going on to say that Vikings head coach Kevin O’Connell and his coaching staff should have made adjustments to the Vikings passing game to counteract the Cowboys disruptive pass rush.

Vikings quarterback Kirk Cousins was sacked a season0high seven times, including a fumble, with two sacks coming from NFL Defensive Player of the Year candidate Micah Parsons, as Cousins was pressured on 63% of his dropbacks.

“It’s tough with Kirk getting sacked before you’re even getting out of the break,” Jefferson said, according to ESPN’s Kevin Seifert. “It’s definitely being in a tough situation, but we’ve just got to move toward more quick game, getting the ball out quicker, putting the ball in space and letting people work, just things we need to adjust on just throughout the game. If things are not working out the way we planned, then we need to find a way to adjust and go toward something that will work better for us. We just can’t continue to keep doing the same thing throughout the game even though it’s not working. But we’ve got to be better as a whole team. It’s good because we have a chance to do that in three days.”

The Vikings will now turn their attention to the New England Patriots as they look to get back on track.

“I mean, of course I wish we had adjusted faster throughout the game,” Jefferson said. “Getting the ball out quicker, not letting Micah Parsons and the rest of that D-line get a chance to get back there to Kirk. So it’s just things we need to learn from. This is a new team. This is a new coaching staff. We have new players on this team. We’re all still learning each other. We’re still all learning how to play with each other.

“It’s just a lesson learned. Just like [following their Week 2 loss to the Philadelphia Eagles], it was a lesson learned that week. So it’s just throughout the season, we’re learning things about each other, learning ways to win. And it’s all going to turn out better for us later in the season when we get to the playoffs and we get to that stretch where we need to win and we need to know what to do and how to change up the plan if things are not going well.”

“I mean, it just sucks that we lost this bad,” he continued. “If we just lost by three, seven, 10 points, it wouldn’t be as bad. People lose games. We’re not expected to go undefeated for the rest of the season. Things happen. It’s the NFL. There’s good teams that we’re playing. But it’s just the fact that we lost by 37 points at home. It’s just embarrassing being in that type of situation and we just didn’t play good in all phases. That’s what really killed us and made us act the way we’re acting now.