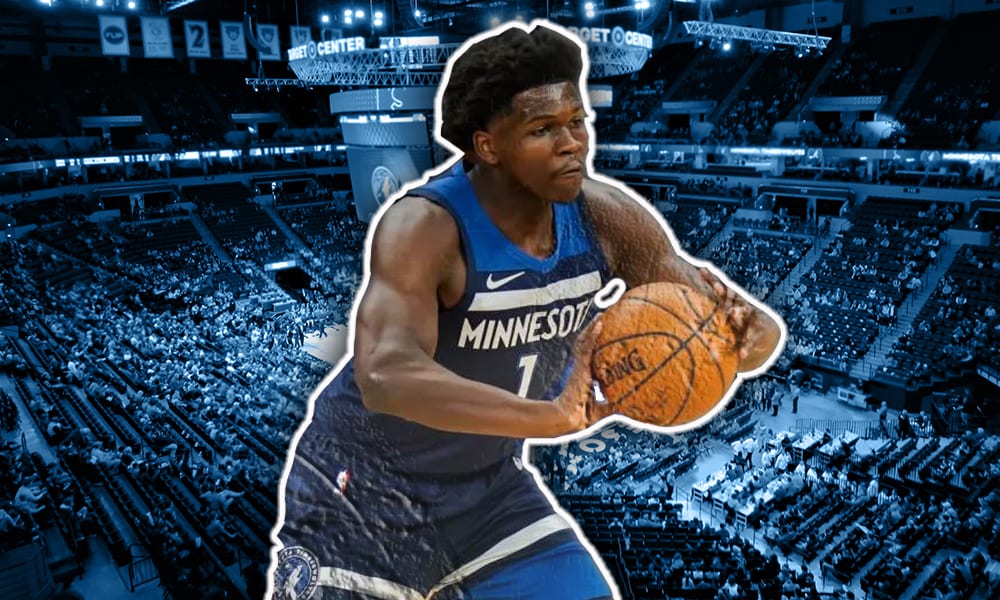 Minnesota Timberwolves star Anthony Edwards has been the subject of chatter regarding his eating habit after his Wolves’ teammate Karl-Anthony Towns called him out for his affinity for fast food, and his apparent weight gain, which seems to be mostly muscle.

Edwards has talked about his offseason impacting his play to start the season.

“I feel like I lost some of my powers,” Edwards said, according to the StarTribune’s Chris Hine. “I’m just waiting for my legs to get under me 100 percent and I’ll be all right.”

Edwards was listed at 239 pounds entering the season, but claims that he has lost 9 pounds since.

“Nah, I don’t mind it,” Edwards said. “I would like people to think I’m heavy so they would think my first step is not as quick and it’s probably a little quicker.”

Related Topics:Anthony Edwards
Up Next