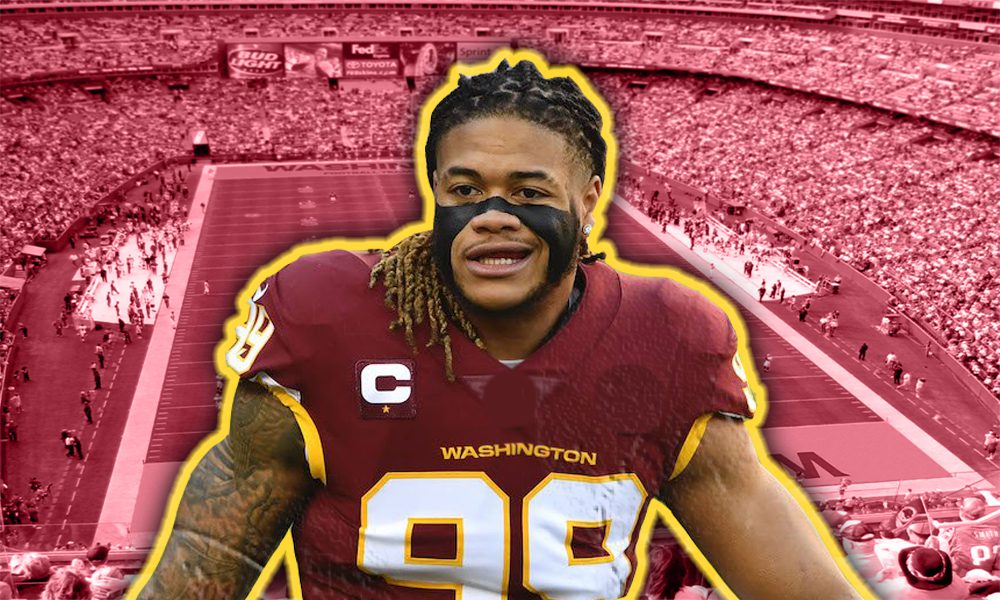 Washington Commanders defensive end Chase Young, who has not played this season, is active as the Commanders prepare to take on the San Francisco 49ers, more than 13 months after he originally injured his right knee.

Young makes his season debut at the right time for the Commanders, who currently hold the seventh and final playoff spot with only three games left in the regular season. Young was named the NFL’s Defensive Rookie of the Year in 2020.

Young tore his right ACL and ruptured the patellar tendon back on November 14th, 2021 in a game against the Tampa Bay Buccaneers last season, and the tendon rupture lengthened Young’s recovery

“It’s now,” Commanders head coach Ron Rivera said, according to ESPN’s John Keim. “Seeing Dr. Andrews was the final thing to get him over the hump,” Rivera said. “He practiced with confidence. He showed us his willingness to stick that leg in the ground and roll off of it, plant it and cut off it. He had a good week so we’re pretty excited about that.”

The plan is for Young to be limited to 12-16 snaps during the upcoming game.

“Shoot, 16 plays, one of them could be the play of the game, you just never know,” Young said of the snap limit. “However many snaps, I’ll be prepared.”

Related Topics:Chase Young
Up Next