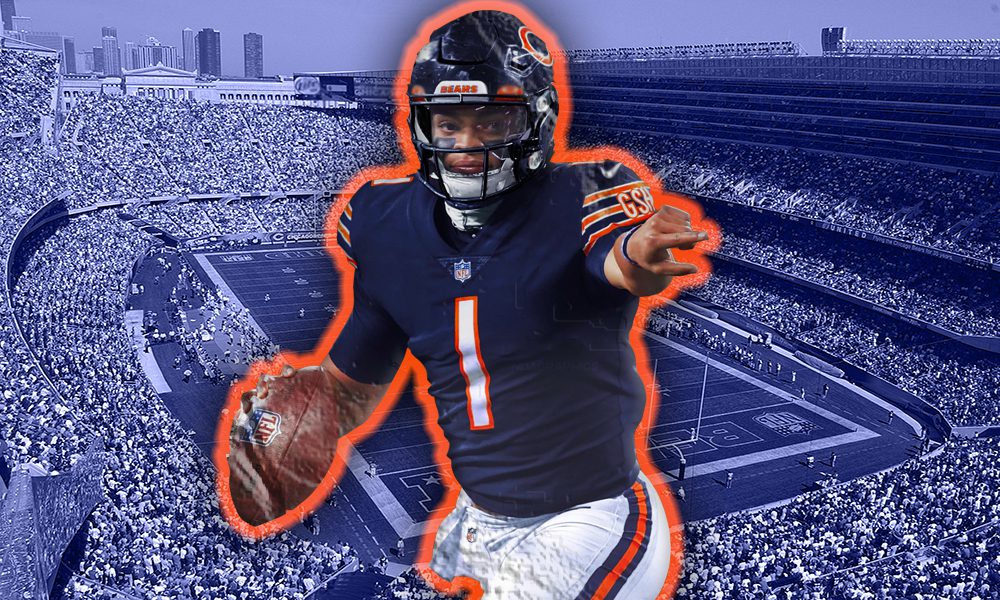 The Chicago Bears currently have the top overall pick in the upcoming 2023 NFL Draft, a draft class that has plenty of exciting quarterback prospects, but despite the allure of the talent at quarterback, the team plans to stick with Justin Fields.

In fact, the Bears would need to be “absolutely blown away” to take a quarterback with the top overall pick in this year’s draft, Bears general manager Ryan Poles said, according to ESPN’s Courtney Cronin.

“Yeah. We had good conversations,” Poles said. “I’m excited for the direction he’s going. As I mentioned before, he knows where he has to improve. I think he mentioned that the other day. We’re excited about his development and where he goes next. He showed ability to be impactful with his legs. There’s flashes with his arm. Now if we can put that together, I think we have something really good.”

Despite the Bears rough season, Fields remains their starter.

“We’re going to do the same as we’ve always done,” Poles said. “We’re going to evaluate the draft class, and I would say this: I would have to be absolutely blown away to make that type of decision.”

“I thought Justin did a good job,” Poles said. “I thought we changed a lot, we adapted, we tried to put him in a position to be successful, he showed the ability to be a playmaker. Be impactful. He can change games quickly. Does he have room to grow? He does. He has to get better as a passer, and I’m excited to see him take those steps as we move forward.”

The Bears’ offense certainly had their issues, with one of them being chemistry between Fields and his skill players, but the Bears are hopeful they can continue to improve their receiving corps heading into 2023.

“I noticed through the season that guys he had the most time within the offseason, that transferred into the season,” Poles said. “I think that’s why Cole had a helluva year. So, building that chemistry is big. And then just letting the game slow down to him. Everything’s new. This offense was new. You’re seeing everything for the first time. Time on task I think is going to help.”

“I wish there was a perfect scenario where you could just clean up everything and get good,” he added. “So I thought we made, solid, sound decisions to do that. Yeah, I wish it was perfect across the board so it was clean as much as possible, but it just doesn’t always happen that way.”

One of those moves saw the Bears pull of a trade with the Pittsburgh Steelers to land wide receiver Chase Claypool.

“That’s the difference between trades in baseball and basketball, it’s like plug and play,” Poles said. “There’s an entire offseason and half of a season of installs and all the things you need to do collectively to play and execute offensive play. On top of that, it was a little bit choppy with Justin getting dinged up, he got dinged up. So it was a little bit choppy of a start. I told Chase, and we had a really good conversation, I’m not blinking at that one at all. I think he’s going to help us moving forward and I’m excited about it.”

The Bears will also have options in the free agent market, but Poles warned that the Bears won’t go on a spending spree.

“We can evaluate the talent there, we can see what player presents themselves in that position to help us, and then we can look at the scenarios,” Poles said. “If the phones go off, and there are certain situations where that can help us, then we’ll go down that avenue too. I think we have really good flexibility to help this team, regardless of if it’s making the pick there or moving back a little bit or moving back a lot. We’ll be open to everything.”