In my first post on SportsRantz, I detailed how seven key NHL matchups this week would determine the playoff seeds at the end of the season. In my second, I talked about how entirely new predictions would be needed just two weeks after my last one, but tipped my hat as to who was the team to beat in the Western Conference.

Just about a day from making those new predictions, I already make it obvious who they will play against. Can you believe someone in marketing for a living would be so foolish? 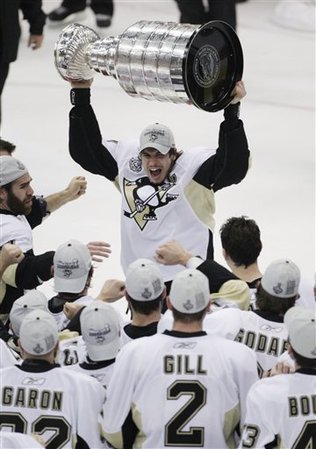 All I can tell you is there are 14 other teams to wonder about and that I will not be declaring a champion in this piece. But the Nashville Predators will play the Pittsburgh Penguins for Lord Stanley’s Cup, and that makes their matchup tonight a finals preview. (The reasons for selecting those teams will also be explained in the next piece.)

Tale of the Tape

The Pittsburgh Penguins hold the advantage in every major category but power play. But then that would be true of almost any team, as they are in the top-eight of the league in six of the seven statistics: scoring (3.19 GSA, best in the NHL), defence (2.51 GAA, eighth), five-on-five (1.17 goals scored for every goal surrendered), power play (19.5 percent, fifth), penalty kill (89, third), and shot differential (plus-6.6, best). The one major stat in which they are mediocre is faceoffs—dead middle of the league with the dead average percentage of 50.

Both teams are better than their season stats would indicate. The Predators have recent additions of Hal Gill, Paul Gaustad, Andrei Kostytsin and Alexander Radulov for which they lost almost nothing from this year’s team. The Penguins have added two of the best at their positions, Sidney Crosby and Kris Letang, after extended injuries.