Monday, I cited seven games this week that would determine the final standings. I cited predictions from 10 days earlier being obsolete because of new trends around the league.

Friday, I posted new predictions for the final NHL standings only two weeks after my last ones. One of those predictions—the Washington Capitals finishing ahead of the Buffalo Sabres—was so precarious that a regulation road win by the latter over a great team and an overtime loss at home by the former against a non-playoff team has already changed my mind.

Buffalo has caught Washington and is only behind them in the tiebreak. They are hotter and have an easier schedule, so I now see them making up that one point. You might call it flip-flopping, but I call it reassessing the situation—more people should change their minds in the face of new evidence, especially when their original decision was so lacking in conviction.

With that one change now explained, here are my Stanley Cup playoff predictions: 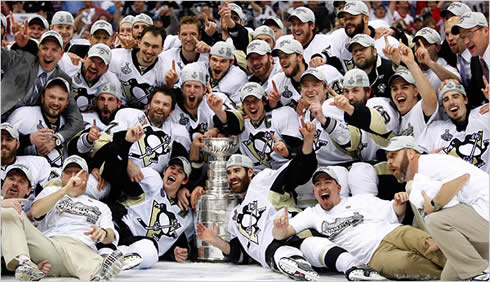 Stanley Cup Final: Pittsburgh Penguins in six over Nashville Predators. Frankly, the Preds will be worn down enough to make taking two against a team that already knows how to win in June quite an accomplishment. Not only do they have to play 20 playoff games spread over three time zones to get there, but they spend hundreds more hours in the sky during the season. But more importantly, for all their improvements they are still not as talented as Pittsburgh—hunger can only carry a team so far.

The Islanders Season Goes From Terrible to Contaminated?