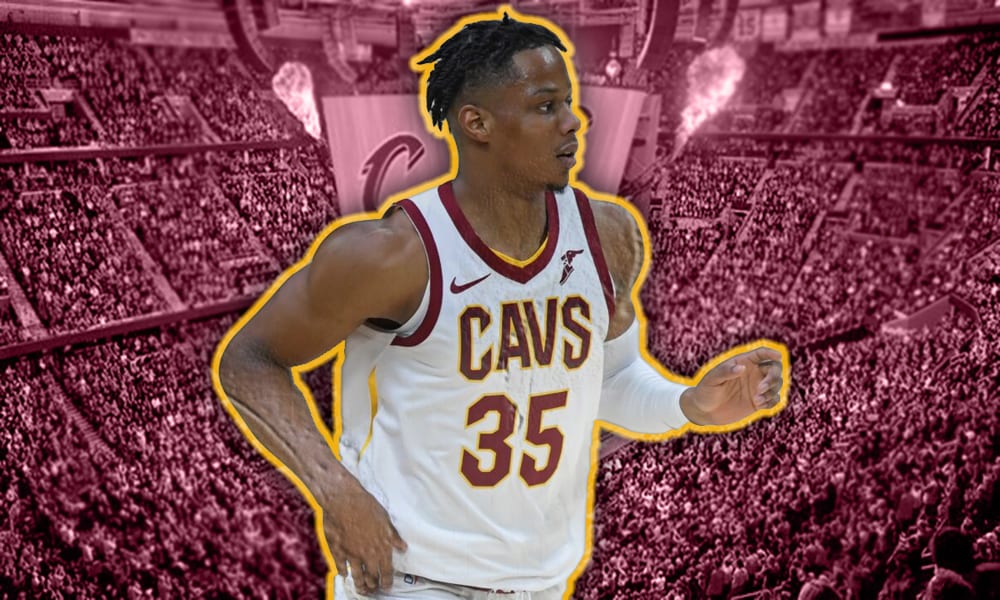 The Cleveland Cavaliers selected swingman Isaac Okoro out of Auburn with the fifth overall pick in the 2020 NBA Draft with hopes that he can make an immediate impact on their team.

So far, Okoro is leaving an impression on his new team, including veteran big man Andre Drummond who went as far as praising Cavaliers general manager Koby Altman for making the decision to select Okoro.

“I told Koby he made a hell of a pick,” Drummond said, according to Cleveland.com’s Chris Fedor. “This kid is ready to play now,” Drummond said. “He’s an incredible player and incredibly smart. He knows the game. His body is ready. There’s not much work he really needs to do besides just staying patient with himself and learning the NBA speed of the game. He only gets better and better each and every day. He’s so exciting to watch grow.”

The Cavs met with several prospects as part of their pre-draft process, but ultimately settled on Okoro as their pick.

“We’ve never drafted anyone that we haven’t had that opportunity with,” Altman said. “When we showed up at Auburn at the arena, he came out to greet us, thanked us for coming, was very grateful that we came down to visit him there. Then he put on a tremendous 1-on-0 workout where we were all inspired in terms of the vision of what it could look like in a Cavaliers uniform. We could see it after that.”

Cavs guard Collin Sexton has known Okoro since the sixth grade, and spoke of his personality on and off the courts.

“He’s a funny guy, but he’s very quiet” Sexton said. “Out there on the court you can see a little bit of fire, a little bit of emotion. It’s a different switch when he steps in between those lines. Don’t back down to nobody. He’s from Atlanta, so he’s got it in him.”

“I call him the kid because like he didn’t get to go through all that extra weeks of working out individually with your coaching staff, he just got thrown out there, like a newborn,” Cavs forward Thon Maker said. “He’s responded extremely well. He’s done that in practice as well. He’s one guy that listens and absorbs and just pays attention and plays hard, extremely hard. And that’s all you can ask for from a rookie.”

Thus far, Okoro has shown a fluid transition to the NBA game, one that Cavs head coach J.B. Bickerstaff has taken note of.

“I think it came more quickly than I expected it to,” Bickerstaff said. “He’s got a thirst for knowledge. He is non-stop with the right questions. I think a lot of guys, rookies in particular, would just stay quiet when they don’t know something. Then they just continue to fall behind. When he finds himself in a position where he has a question, he asks it right away, so that he gets it and he can move on to the next. I think that’s a trait that is going to help him immensely as he moves forward.