Can the Pelicans Become a Contender?
Advertisement 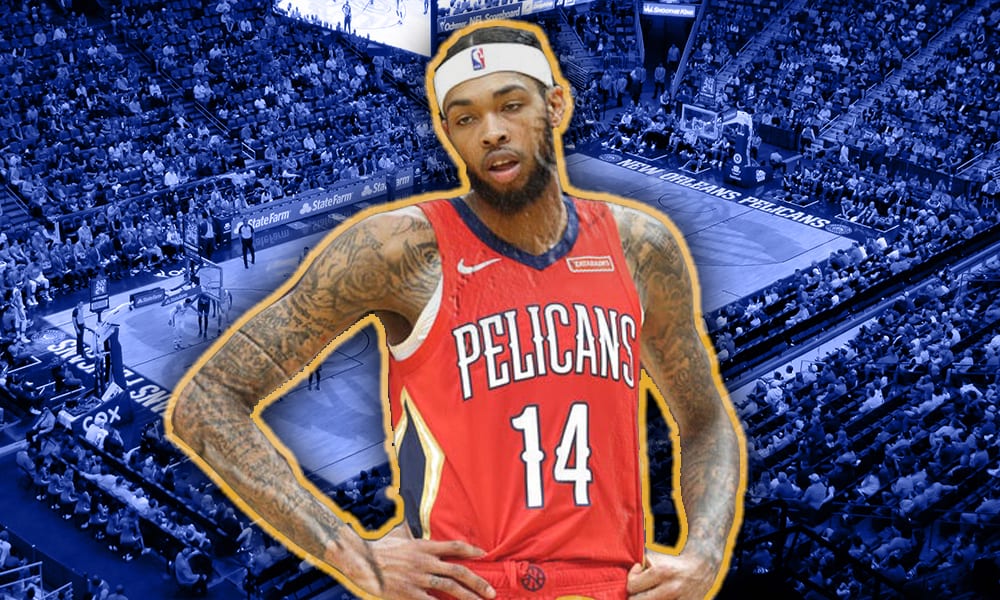 Fans of every NBA team like to believe this season will be the one their team finally breaks through. For fans of teams like the New York Knicks and Utah Jazz, it seems their year has finally come, but what about the New Orleans Pelicans? At the start of the 2020-2021 season, many fans and analysts expected New Orleans to flourish under new head coach Stan Van Gundy and newcomers Steven Adams and Eric Bledsoe. However, half of the season has come and gone and the Pelicans find themselves on the outside of the Play-In tournament seeds, hoping to overcome an extremely tough few weeks ahead.

After an embarrassing 30 point loss to the Minnesota Timberwolves on the Thursday night following the All-Star Break in what should have been an easy victory against the NBA’s worst team, coach Stan Van Gundy ripped into his young team, hoping to light a fire. In his post-game interview, Van Gundy said “We didn’t shoot the ball well and, quite honestly, we’re so bad defensively, we can’t have a bad offensive night. We can’t even have a mediocre night. If we have a bad offensive night, we’ll get crushed like we did tonight.” Per Andrew Lopez of ESPN.com, the Pelicans shot an abysmal 43% from the field in the loss and went 6-32 from beyond the arc. Coach Van Gundy held the players accountable, but did not relieve himself from any of the blame.

With not much time left in the season, star forward Brandon Ingram realizes that urgency needs to happen now. In his post game interview, he said, “There’s only 35 games left, and we want to be in the playoffs, so we have [to have] the urgency to figure it out.” per ESPN.com.

What Changes Need to be Made?

In my last article, I highlighted some trades that needed to be made before the trade deadline on March 25th. One player mentioned, Eric Bledsoe, played 21 minutes against the Timberwolves and went 1-8 from the field. With his production seemingly declining, the time is ticking for Executive VP of Basketball Operations David Griffin to make a move involving the veteran guard. While Griffin needs to be making calls to General Managers of other teams, Bledsoe should not be seeing the starting lineup. Starting Josh Hart would allow the front office to determine whether or not to extend the soon-to-be free agent in this coming offseason and allow Bledsoe to remain healthy for a potential trade.

A starting 5 of Lonzo Ball, Josh Hart, Brandon Ingram, Zion Williamson and Steven Adams could be lethal and cause a variety of problems for opposing teams. Each player in that starting 5 has something they do extremely well that can generate a plethora of points while still playing stout defense. Ball’s ball movement and 3PT game spreads the floor. Hart can hit from deep or drive it into the paint to score. He is also one of the best rebounding guards in the league averaging 7.5 rebounds per game which is 29th in the league. Ingram and Williamson’s talents speak for themselves are are evident nearly every night. Finally, Steven Adams is averaging 9.0 rebounds per game and is a brick wall defensively. The break seemed to do wonders for Adams as he came back and dropped a double-double against the Timberwolves with 13 points and 12 rebounds. Adams needs to be considered a key piece of this team moving forward.

In the coming weeks, some changes to the roster need to be made if the Pelicans want to be considered serious playoff contenders this season. With one of the easier remaining schedules in the league, there is ample opportunity for this young team to move up. It is now just a matter of how badly they want it.

Packers Bring Aaron Jones Back, Which Is Good For Interested Teams