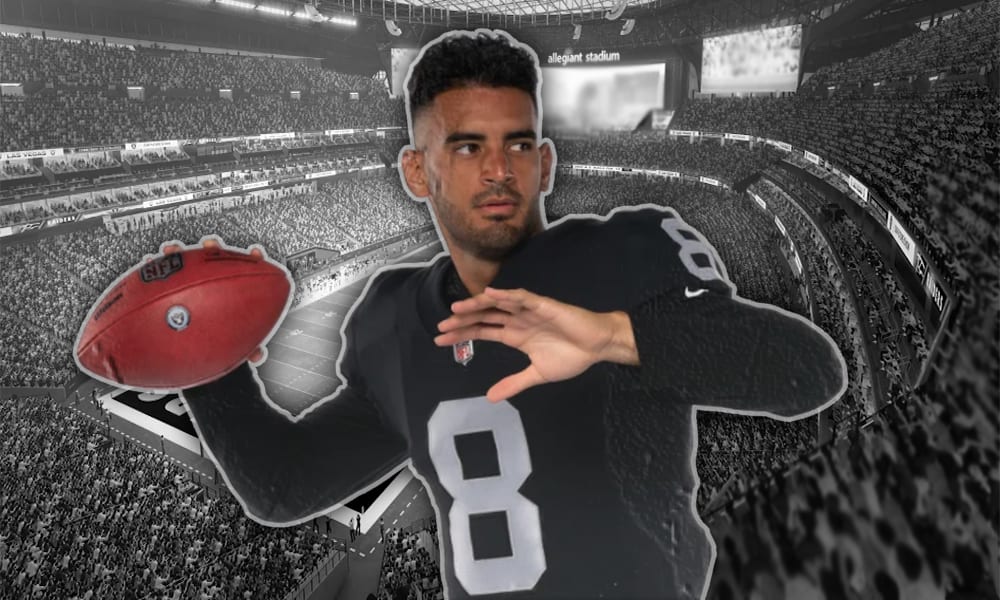 Las Vegas Raiders backup quarterback Marcus Mariota recently signed on to stay in Vegas, and a part of his new deal with the team Mariota has a no-trade clause, according to the Boston Sports Journal’s Greg A. Bedard.

Mariota agreed to a lower pay from his originally set $10.725 million price tag, and will now earn $3.5 million, but with the no-trade clause in place, Mariota can now dictate where he lands should the Raiders decide to shop him this season.

Mariota will likely still draw interest, but he is no longer going to be availably to everyone, as he will not have his pick thanks to the new deal.

Related Topics:Marcus Mariota
Up Next