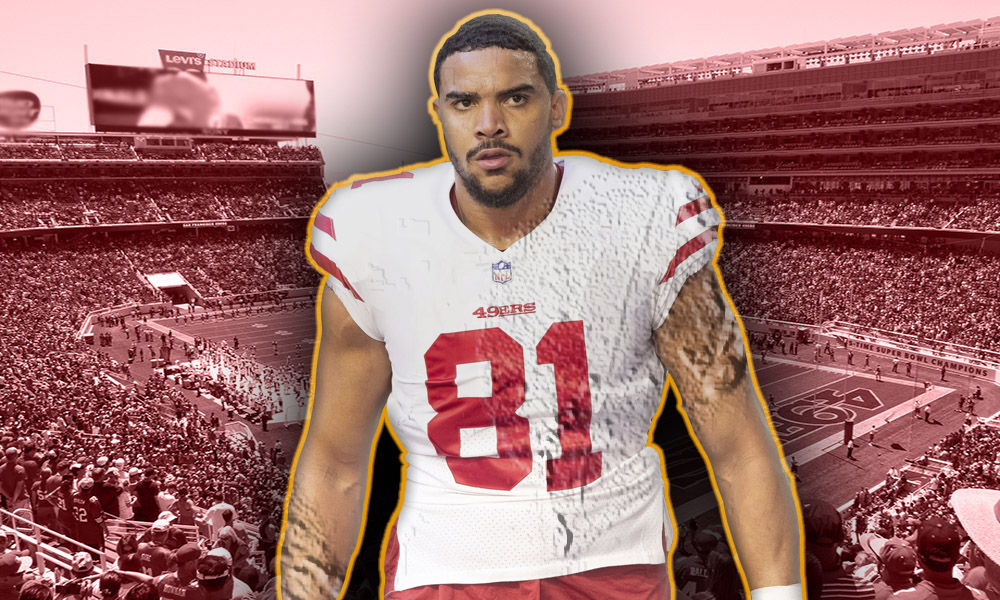 After being out of the NFL for a season, Jordan Reed astonishingly signed with the San Francisco 49ers a month before the season opener in 2020. Reed missed the 2019 season from a series of concussions dating back to college and his NFL playing days were in question.

Going into the 2020 season, the 49ers made George Kittle the highest-paid tight end in the NFL. Leaving Jordan Reed second on the depth chart until a knee injury took out Kittle in Week 1. Kyle Shanahan promoted Reed as the starter in the Week 2 matchup, where he looked like his vintage self. Scoring two touchdowns and winning a few one on one matchups against Marcus Maye. But would exit the game twice the following week as he was heavily involved in the offense early.

As Kittle returned, Jordan Reed was sidelined with a knee injury of his own – missing the following five games. And never got back to the same potential he flashed at both games at MetLife stadium. Other than having one of the best catches of the season vs the New Orleans Saints in Week 10.

Having an unsteady 2020 season Reed could bounce back for a bargain with the 49ers in 2021. Pairing Kittle and Reed for more of a 12 personnel (2WRs,2TEs,1RB) approach – Could perhaps make the offense more straightforward for Jimmy Gorapalo. The Niners only ran 12 personnel for 12% of the total plays on the season. And is likely a result of the pair (Kittle and Reed) not being active together. Shanahan’s outside zone (out of 12 personnel) could set up the play-action pass where Gorapallo had success in 2019 (led the NFL in passing yards on play-action passes.)

Reed did most of his work in 2020 out of 11 personnel (3WRS,1Te,1RB.) Re-signing Reed would not only benefit Kittle but could help out the young receivers in Brandon Aiyuk and Deebo Samuel. Quarterback is the major question left for the 49ers. That also points to the need for a reliable pass catcher. Reeds’ 2020 campaign wasn’t the strongest but after missing a season – he showed he can contribute in the passing game.

Retaining left tackle Trent Williams with the addition of center Alex Mack is big for the offensive line. But losing Kendrick Bourne is a bigger blow than some may think. Bourne caught the ball over the middle, fought for extra yards, and was never afraid to block. The receiving core will be hampered if Jordan Reed isn’t re-signed.