Tom Brady's Return Up in the Air As Bucs Continue Preseason 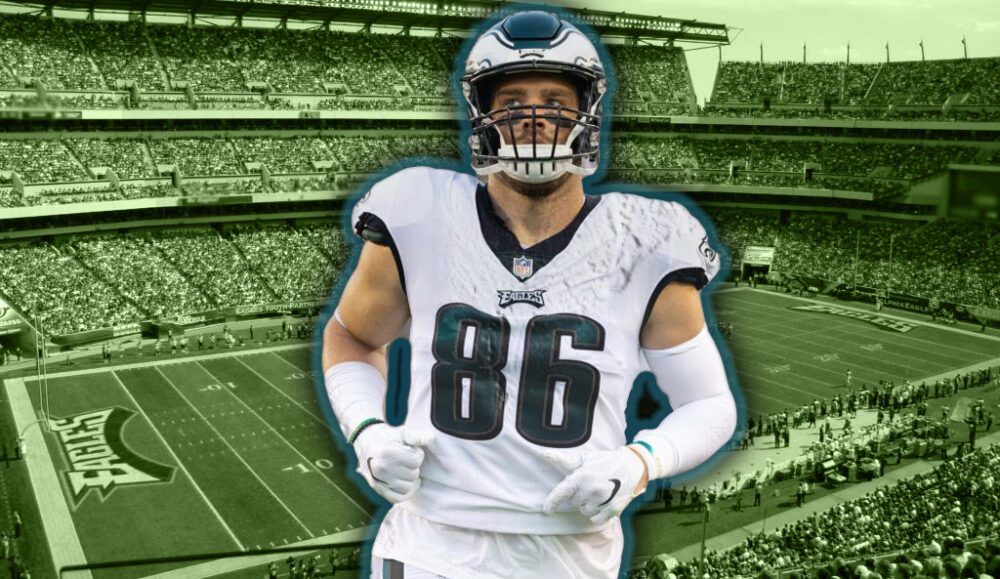 Philadelphia Eagles tight end Zach Ertz was heavily rumored to be on his way out of the organization all throughout the offseason, but despite the constant swirl of rumors Ertz is still a member of the team.

With all of it behind him, Ertz is ready to move on from the drama, which originally arose when contract extension talks between Ertz and the team broke off last offseason.

“Like I’ve said all along, this is the place I want to be, this is the place I want to retire. Those feeling haven’t changed,” Ertz said, according to ESPN’s Tim McManus. “I’m moving on from everything that happened this offseason. There have been apologies, there have been things that we’ve mended and, ultimately, I’m here, I’m excited to be here and I’m excited to be a member of this football team.”

“This organization has believed in me not only these first eight years of my career, but they believed in me probably more so than anyone else did in the league. They were standing firm to what they believed was fair and, ultimately, I can’t fault them for that,” he said. “For me, in my faith, it’s all about forgiveness, forgiveness, and who am I not to extend a forgiving arm with everything I believe in my faith? I’m here now. The offseason is over. This is all about the Philadelphia Eagles and being the best player I can be for this team and this city.”

Ertz, 30, is expected to split the tight end role with Dallas Goedert, who is also in the final year of his contract.

“I feel better now than I did at this time going into the season physically, mentally, emotionally. So there’s no doubt in my mind I can be exactly the player I was, if not better than the player I was, however people talked about me prior to this past year,” Ertz said.

“I wanted to put myself in a situation where, I’ve given so much to this team for the past eight years; they’ve given me so much for the past eight years; and I love this team, at the end of the day. So for me, it was all about respecting that. This team is going to be a lot bigger than 86 going forward. I love this city too much to quote/end quote, ‘Burn it down,’ like some people wanted me to do at times, because, ultimately, I love this place.”

Related Topics:Zach Ertz
Up Next