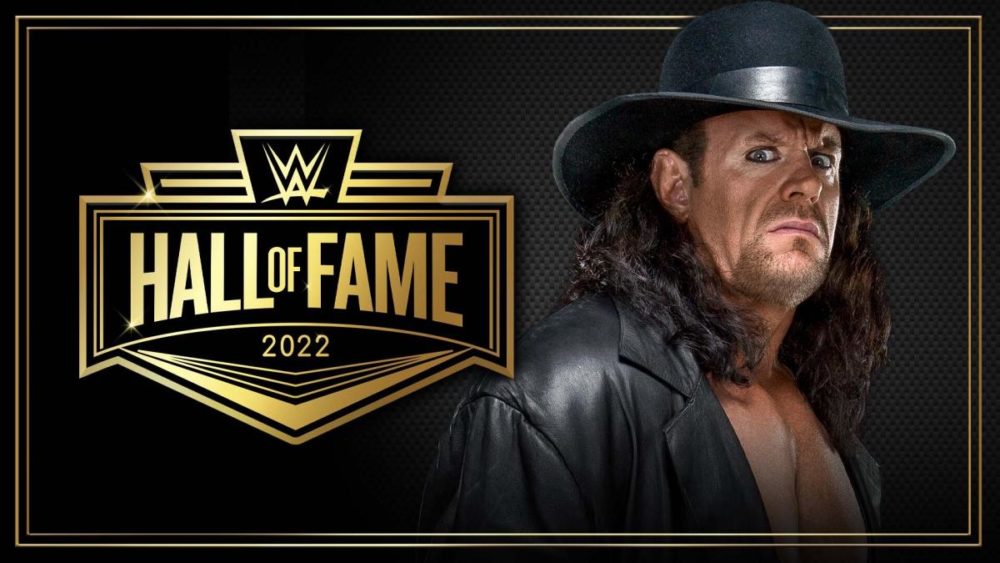 WWE legend The Undertaker is now set to be a WWE Hall of Famer.

As first announced by the New York Post, and later confirmed on WWE.com, The Undertaker will be officially inducted to the WWE Hall of Fame during the 2022 WWE Hall of Fame Induction Ceremony as part of WrestleMania Week, which will take place Friday, April 1 at American Airlines Center in Dallas, Texas.

According to the official announcement: “In an extraordinary career that spanned three decades, The Undertaker loomed over the WWE landscape like a menacing shadow, spelling out doom for those who dared cross him. Imbued with seemingly mystical abilities and preternatural in-ring skill, the legendary Phenom operated on his own level.

First introduced at 1990’s Survivor Series, The Demon of Death Valley was soon battling with Hulk Hogan, then at the top of the food chain in WWE. This clash set the tone for Undertaker’s dominant career. No one was too big, and no one was safe from his gloved grip.

A multi-time WWE and World Heavyweight Champion, a seven-time tag team titleholder and a Royal Rumble Match winner in 2007, Undertaker has cemented his place among the greatest in the game. A true in-ring pioneer, he was part of many WWE firsts, including the first-ever Casket Match at Survivor Series 1992, the first-ever Buried Alive Match in 1996 and the inaugural Hell in a Cell Match in 1997.

But there was one achievement that stood out above all others that is unlikely to ever be topped. Since WrestleMania VII in 1991, The Undertaker maintained a winning streak on The Grandest Stage of Them All that grew to an astounding 21-0, with milestone victories over the likes of Shawn Michaels, Triple H, Jake “The Snake” Roberts, Randy Orton, Diesel, Kane and so many more. Only Brock Lesnar proved capable of upending The Last Outlaw in his yard, snapping The Streak in an earth-shocking upset at WrestleMania 30. The iconic Superstar closed the book on his Showcase of the Immortals career with an astonishing 25-2 record, most recently scoring an incredible victory over AJ Styles in a Boneyard Match.

Undertaker’s incomparable career concluded at Survivor Series on Nov. 22, 2020 when The Deadman retired, fittingly at the same event he debuted and exactly 30 years to the day he first stepped into a WWE ring.”